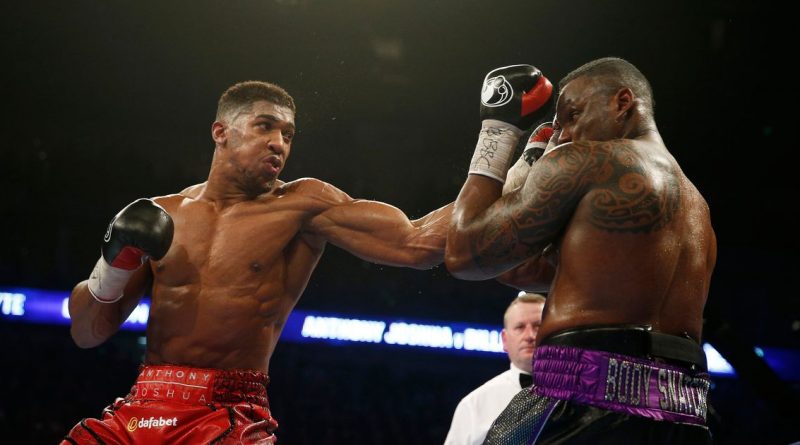 
Whyte has backed former opponent Joshua to record an early stoppage victory against Usyk on Saturday night, despite claiming his heavyweight rival suffers from a lack of confidence going into big showdowns

Boxing: AJ gears up for defence against Usyk

Dillian Whyte has backed Anthony Joshua to record an early stoppage victory against Oleksandr Usyk despite questioning his rival’s confidence.

Joshua will face Usyk at the Tottenham Hotspur Stadium on Saturday night, in front of a maximum 68,000 capacity crowd in north London.

And the unified champion has previously fought Whyte during his heavyweight rise with an explosive seventh round stoppage.

But Whyte has backed his fierce rival to record another victory over Usyk early on, despite his belief over Joshua’s “lack of confidence”.

During an interview with 5 Live Boxing, Whyte said: “I think it’s a great fight, but in my personal opinion, I think Joshua will stop him in the first five, six, or seven rounds.

“Usyk will start fast, and Joshua will be a bit cagey because he’s a southpaw, he’s lighter, and Joshua can also sometimes lack confidence in fights.

“He can get caught up in, ‘Oh, he’s a good boxer, the guy’s this, the guy’s that,’ and he’s still in this learning period where he’s learning things and trying stuff out as well.

“Hopefully, he goes back to the old him and starts pressing Usyk and being the bigger, stronger guy and starts backing him up and starts hitting him with stuff early. I think he can get the job done early.”

Joshua was set to face domestic rival Tyson Fury for the undisputed heavyweight titles before on the deal collapsed.

Fury was forced to instead take on Deontay Wilder, with Joshua fulfilling his mandatory defence against Usyk.

Will Joshua and Whyte ever face each other in a rematch? Let us know if you think they will in the comments section below.

But Joshua’s promoter Eddie Hearn has admitted that this fight could even eclipse the super-fight and has labelled it a “mentally draining” clash.

“I’m very nervous, which is great. I want to be nervous because I then know it’s a real fight,” Hearn said.

“This is probably AJ’s toughest ever fight and I think he’s going to prove to the world how good he is. He’s ready for this fight but it’s the ultimate challenge with someone that’s very strong mentally.

“Mentally it will be draining [for Joshua] because he’s going to have to think a lot, there will be a lot of feints from both men and reactions are going to be key.

“I just can’t wait to watch it unfold, it’s a real, real high-end heavyweight fight. [Usyk is] going to be a tough, tough nut to crack. AJ’s got to break him down, beat him up and hopefully take him out.”

“I’ve never seen him so assured about a fight, which is ironic because technically this is his toughest fight. He knows how tough this fight is, he wants to prove to the world that he’s the best heavyweight in the world.”

Usyk himself is also confident of pulling off a huge victory in London, and has sent Joshua a brief warning message upon landing in the UK.

But Joshua has showed off his new lean physique during an open workout on Tuesday, as he looks to emulate his rematch success against Andy Ruiz.