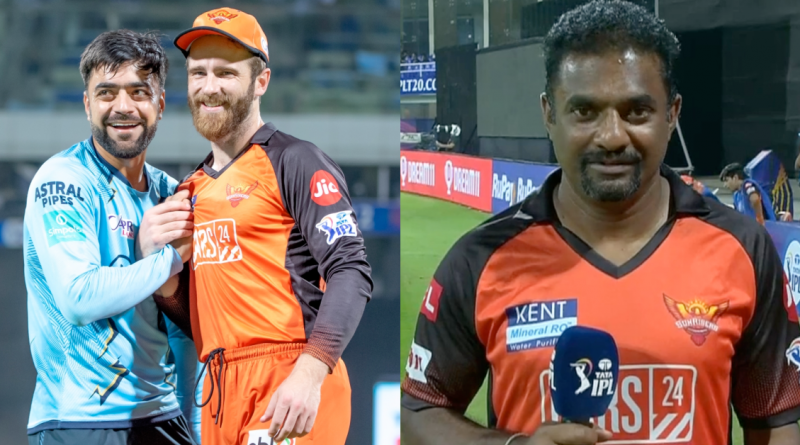 
Muttiah Muralitharan in an interview given to the official broadcaster star sports revealed that they didn’t want to let go of Rashid Khan.

Khan played 76 matches for Sunrisers Hyderabad and picked up 93 wickets for them since making his debut in the 2017 season of the Indian Premier League.

Rashid Khan Was Not Retained By Sunrisers Hyderabad

Ahead of the mega auctions in 2022, there were speculations that Rashid Khan might not be retained by SRH. Rashid wanted to be retained as the first player but SRH management went in with Kane Williamson who took over the captaincy from David Warner last year during midseason.

Khan was bought by SRH in 2017 for 4 crores and then in the 2018 mega auctions he went for as high as 9 crores, highest bidder during that time was Kings XI Punjab. But SRH used their Right to Match card to acquire his services again.

In 2022, though, things did not work out well between SRH and Rashid Khan.

SRH’s CEO in an interview on Star Sports in December last year had said, “It’s a difficult decision but if a player wants to be in the auction because of the price, we definitely respect his choice. We’ll try and match it and see if we can pick him up with the right price at the auction.”

SRH though did not get the chance to bid for Rashid as he was picked up by the Gujarat Titans in the player’s draft.

In the game between Titans and SRH Muttiah Muralitharan was asked about the same and he said, “We didn’t want to leave Rashid, but we just couldn’t afford him.”