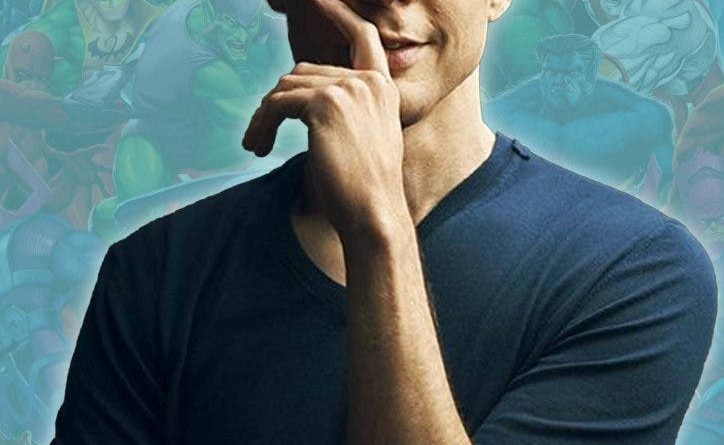 
Can you ever imagine Jim Parsons as a Marvel villain? Well, he did play one, but you failed to recognise him.

We did see his superhero version in one of ‘The Big Bang Theory‘s’ episodes, and we also saw his negative side in the Netflix movie ‘Hollywood’. However, it is hard to imagine him as a Marvel villain. Let’s find out how Parsons, who played the utter genius and hilarious Sheldon Cooper, managed the shade of negativity in the Marvel Universe.

Fans were shocked to hear the talent of Jim Parsons

Sheldon Cooper, played by Jim Parsons, is a hyper-intelligent physicist shown to be working at Caltech. Sheldon irritated his close friends on the show for being socially awkward despite being a genius, but the audience got bowled by the actor’s funny depiction of the scientist. The fan following reached its climax, and the makers decided to kickstart a spinoff series, ‘Young Sheldon’, dedicated to Sheldon Cooper’s young life.

Parsons received 4 Primetime Emmy Awards for his outstanding performance in ‘TBBT’ and found himself on the list of highest-paid actors. People started recognising him as Sheldon Cooper even off-screen because of the global fan following of the sitcom. But this does not mean that he does not have any other great work on his resume.

He was extremely good in ‘Hidden Figures’, ‘Hollywood’, ‘Extremely Wicked, Shockingly Evil and Vile’, and ‘The Boys in the Band‘. Marvel fans who watched ‘The Big Bang Theory’ are shocked to find that he was also present in ‘The Super Hero Squad Show’. Even after trying, it is possible that you would not recall where Parsons is on ‘The Super Hero Squad Show’. Scroll down to know how he is also a member of Doctor Strange‘s rogues’ gallery.

‘The Super Hero Squad Show’, produced by Marvel Animation, is based on the action squad from Hasbro. The series picks up many hyper-cartoonish, comedic parodies of the iconic superheroes, presenting a lighthearted version of the otherwise power-packed performances. Nightmare, who is Doctor Strange’s most haunted villain and rival, is voiced by Jim Parsons. According to reports, Nightmare would also make his debut in the Marvel Cinematic Universe with ‘Doctor Strange in the Multiverse of Madness‘.

Marvel Comics depicts Nightmare as the evil ruler of the Dream Dimension who torments individuals’ sleep just for fun. He manipulates the dreams of others and incepts suggestions and thoughts to turn around their behaviour. In the ‘The Super Hero Squad Show’, it is ridiculously fun to watch this malicious villain turn into a comic version of himself. Parson’s voice does justice to the character and clearly expresses the fun side of the Nightmare’s powers. If you notice carefully, you will find that Sheldon Cooper has entered the Marvel world.

Jim Parsons’s on-screen better half Mayim Bialik, who played Sheldon’s future wife, Amy, on the program, gave her voice to the 2003 video game X2: Wolverine’s Revenge. She also did the voiceover for Lady Lightning for the animated movie ‘Stan Lee’s Mighty 7’.

Moreover, Kaley Cuoco, who played Penny on ‘TBBT’, gave her voice to the famous DC character Harley Quinn. Also, Melissa Rauch, who was famous for her peculiar voice in Bernadette, had previously voiced Harley in the 2017 animated film ‘Batman and Harley Quinn’.

If you were surprised to learn that Jim Parsons was once a Marvel superhero, let us know in the comments section below.