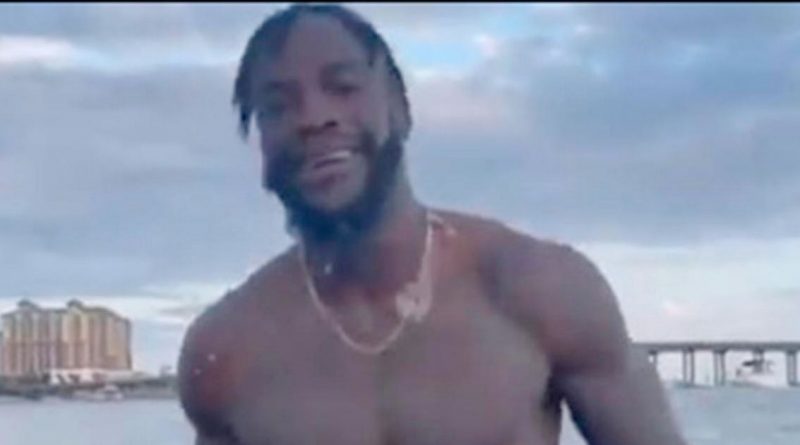 
Fans have labelled Wilder’s latest underwater video “embarrassing” as he continues his preparations for a trilogy with Fury, while others believe he looks in “great shape”

Deontay Wilder has been labelled as “embarrassing” by fans after a training video emerged ahead of his trilogy clash with Tyson Fury.

The ‘Bronze Bomber’ is preparing to get revenge after he suffered a comprehensive stoppage defeat to his heavyweight rival back in 2020 in Las Vegas.

And the bout has been a long time coming for the American, who was forced to wait after a coronavirus outbreak in Fury’s camp meant the contest was rescheduled until October.

Now fans have reacted after a video emerged of the 35-year-old training in water as he looks to step up his revenge pursuit for October 9.

“He’s spent most of his professional career being a duck so this should suit him,” one fan wrote on Twitter.

“These training videos might be more entertaining than the actual fight,” another wrote.

While others questioned Wilder’s attitude to his training camp: “He’s the worst self-promoter in the history of boxing. Still dangerous but I really don’t get who this is meant to be seducing or intimidating? It’s just odd.”

“Training in 4ft of water that’ll make all the difference alright when Fury is pounding the face off him,” added another.

Wilder has been confident in the build-up to his trilogy fight with Wilder, despite laying blame on several external factors for his previous defeat.

And his trainer Malik Scott believes that his opponent Fury was struggling in sparring ahead of the clash, and remains confident he can adequately prepare his charge.

“When you hear those kinds of rumours with this type of high calibre fight, those are not rumours, those are facts,” Scott said on The PBC Podcast. “Those so-called rumours came from legitimate sources – to his credit, I’m not even big on that.

“When I see all those guys he was in camp with, I knew for sure he was getting touched up.

“I would hope that’s why he was bringing them in, so that he can fight them off and not get touched up, because that’s what you do when you’re trying to prepare for the likes of Deontay Wilder.

Fans labelled the clip as “embarrassing”

“So it’s not shocking – is it bragging rights to me, or anything like that? Not really, lots of guys get touched up in sparring. That’s nothing.”

Fury is currently on a social media blackout after heading into full training camp after the birth of his baby daughter Athena in recent weeks.

And the ‘Gypsy King’ is reportedly looking to set up a December undisputed clash with domestic rival Anthony Joshua in December according to his father John Fury.

‘AJ’ has previously reiterated his desire to take on Fury, and has promised to ditch his belts if necessary to secure a duel with his British rival.