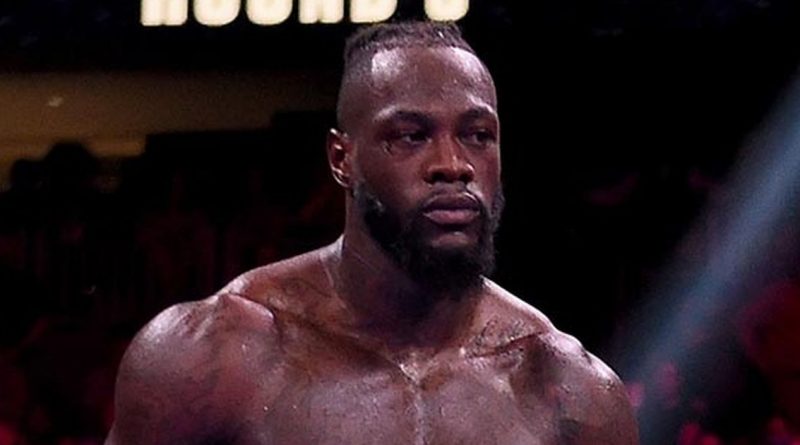 
Wilder was brutally knocked out by Fury in their third fight in Las Vegas this past weekend, but that has’t stopped the American from already planning his next fight

Deontay Wilder is already planning his return to the ring just days after being knocked out by Tyson Fury in their trilogy fight.

Wilder was stopped by Fury in the 11th round of their third (and likely final) fight this past weekend, with referee Russell Mora waving the fight off before Wilder even hit the deck.

He was taken to hospital after the loss and discharged late on Saturday night, but will still need to undergo surgery for a broken middle finger.

Wilder’s injury meant he was suspended for six months by the Nevada State Athletic Commission. He will not be allowed to fight until April 8, unless given medical clearance by a doctor.

But his trainer Malik Scott revealed Wilder is already planning his return despite the enormity of his loss.

Wilder was stopped by Fury for the second time
(

When asked if Wilder would fight again, he wrote: “Hell yeah…he’s already talking about the get back..the dude is a real warrior.”

Wilder’s co-manager Shelly Finkel revealed ‘The Bronze Bomber’ will return when his suspension is up in April or May.

He told The Sun : “Deontay broke his right hand behind the third knuckle and he has to have that fixed next week.

“He has to have surgery, the knuckle is ok, it’s the bone behind the knuckle that broke. He’s sore but he was ok, he was home yesterday.

“He’s healing and at this point, if everything is ok, after the hand surgery he’ll probably look to enter the ring mid next year, like April or May.”

The only two losses of Wilder’s professional career have come to Fury, with the pair fighting to a controversial split draw in their first fight.

Who should Wilder fight in his ring return? Let us know in the comments section below

Wilder – who has won 41 of his 42 professional fights by KO – has been linked to a fight with fellow power puncher Anthony Joshua for years.

And Finkel admits that whilst Wilder would “love” to fight Fury for a fourth time, a potential fight with ‘AJ’ would be “massive”.

“My gut says the big fights. It’s not on the drawing board now, but he would love to get Fury back again. But again, it’s early and we have to get through [Oleksandr] Usyk and Joshua and see a couple of other possibilities,” Finkel continued.

“It’s a massive fight [Wilder vs Joshua], no matter what happens in the Joshua-Usyk fight. And I’m not sure that Usyk, even with his great skills, will be able to deal with the size of Fury.”

Joshua lost his heavyweight titles to Usyk last month and will get the chance to win them back next spring when the two fight again.