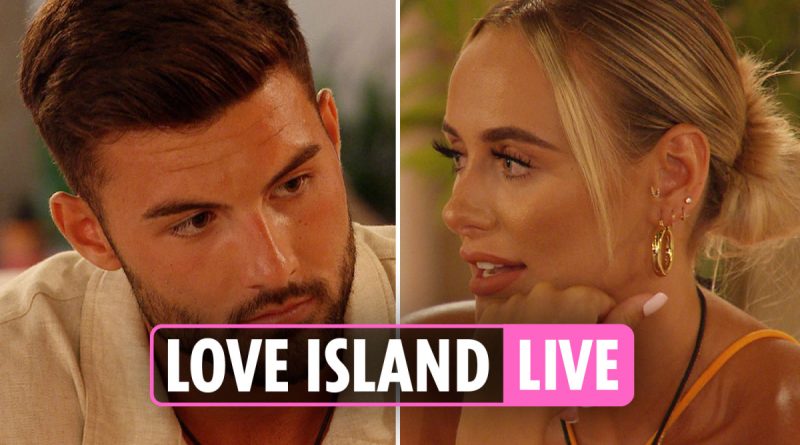 Love Island 2021’s Millie will remain defiant tonight after ditching Liam, warning him that he won’t be returning to her bed.

Liam wakes up in the day bed after Millie booted him out following her bombshell one-on-one with Lillie about Casa Amor.

Asking how he slept, Liam tells Millie: “I had a terrible night’s sleep.”

Millie replies: “Aw, that’s good.” She then frankly tells her ex: “Get used to sleeping out…somewhere other than here.”

Meanwhile, Faye lets Sam down tonight as her first flame, Teddy, is back in the villa.

She tells him: “Obviously Teddy’s come back and it’s been super difficult to see him around and not want to go and speak to him and not want to do that and be on the same page as what we were before. If it wasn’t for that postcard, I wouldn’t be in this situation.”