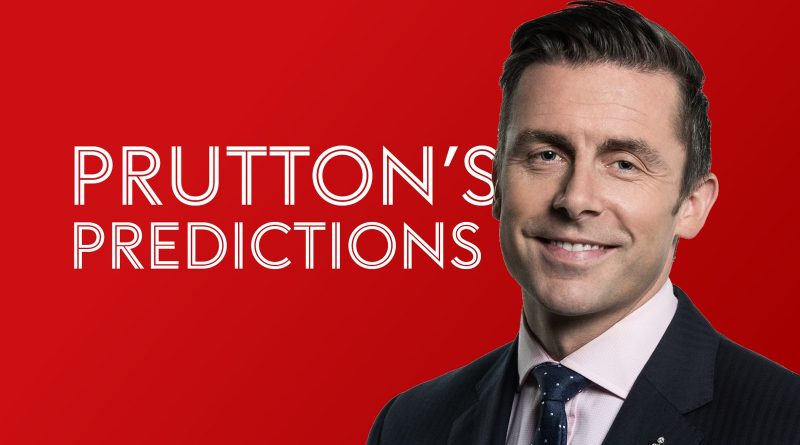 
Who is David Prutton tipping for victory in the Sky Bet Championship this weekend? Find out here…

Luton saw their festive schedule absolute decimated by Covid. They haven’t played in the Championship since December 11! But they did return to action with a decent win in the FA Cup last weekend, which should have helped blow a few of the cobwebs away.

Bournemouth enjoyed back-to-back wins over Christmas to return to the top of the Championship table. They will keep that lead a little longer for certain with a win here, but I think they’ll be held.

You just cannot write Derby off. The fact that, even after a 21-point deduction, we are still talking about them in terms of potential survival is just remarkable. Their performances and results over Christmas were brilliant.

Sheffield United have won four in a row, but haven’t actually played for a few weeks now. They will hope the lack of action hasn’t slowed their momentum. All things considered, I’ll back a draw here.

What a win for Fulham at Reading. Another seven-goal midweek away-day thumping, just like the one they dished out to Blackburn earlier in the season. When all the cogs click into gear, they are formidable at this level.

Considering some of the issues he’s had to contend with, Nigel Pearson is actually doing a decent job with Bristol City this season. These two met in the FA Cup last week and Fulham won at Ashton Gate, and it’s likely that they’ll do that again at Craven Cottage.

Middlesbrough are moving up the table with a real sense of menace under Chris Wilder. They have hopefully added goals as well, with the recent loan arrivals of Aaron Connolly and Folarin Balogun. It could be a really exciting second half of the season at the Riverside.

The same cannot be said for Reading. Hammered in midweek by Fulham, hovering just above the relegation places and knocked out of the FA Cup last week by non-League opposition. Veljko Paunovic has all kinds of issues to contend with. This is not the game he would want to try and start turning things around. Home win.

Two solid away wins for QPR either side of the new year have put them back on course in the play-off hunt. They are fifth in the table and have played fewer games than pretty much all the sides around them. They are in a great position.

West Brom are without a win in three. Of more concern is the fact they have scored just four goals in their last eight Championship games. Daryl Dike has arrived, and we saw what he did at Barnsley last season, but there is a lot of expectation on his shoulders to deliver. This one, in truth, could go either way. So I’ll go for a draw.

No wins in four now for Hull in the Championship, although they will be boosted by giving a very decent account of themselves in their eventual defeat by Everton in the FA Cup last weekend.

Stoke did not enjoy a good festive run, but did get back to winning ways against Leyton Orient last weekend. They’ve not won a league game since early December, and think that run may continue. Draw for me.