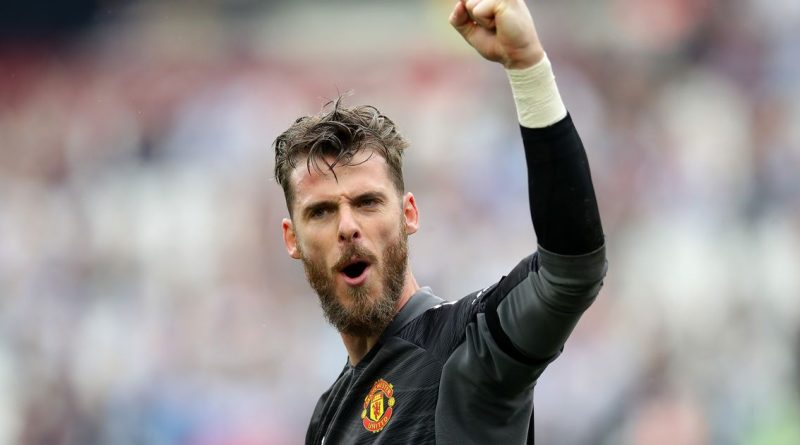 
Manchester United have had an impressive start to the new campaign under Ole Gunnar Solskjaer, and it looks as if they have finally sorted out their goalkeeper problem, for now at least

Manchester United goalkeeper David de Gea reportedly had a genuine fear he would lose his place in goal to Dean Henderson at Old Trafford at the end of last season.

However, he made a storming start to the current campaign, and continued that form on Sunday when his dramatic last-minute penalty save against West Ham ensured United left the London Stadium with all three points.

United boss Ole Gunnar Solskjaer then hurried onto the pitch to congratulate the Spanish goalkeeper following his heroics at full-time.

But it hasn’t all been plain sailing for de Gea at Old Trafford in recent months, with the 30-year-old having to desperately fight for a place in the starting line-up.

And according to The Athletic, de Gea feared that there was a chance Henderson might have become the No 1 this season, after the Spaniard had a spell out of the first-team at the end of the previous campaign.

The report goes on to say a number of individuals close to the club think that had certain events played out differently over the course of the summer, then Henderson would be between the sticks for the Red Devils.

Following his save under immense pressure on Sunday, the United boss was full of praise for his goalkeeper.

“You know he’s a top keeper, everyone loves having him behind them,” Solskjaer told MUTV.

“He’s come back focused, really determined, with a desire to show who he is. It’s his 11th season and we’ve never stopped believing in him, and it’s important that he also knows that.

“He came in pre-season and said: ‘I know I’m supposed to be rested but I want to come back early’ and that just shows his determination.”

Who is the better Man Utd goalkeeper, David de Gea or Dean Henderson? Comment below.

Aside from his penalty save on Sunday, de Gea has pulled off several crucial saves for United this season including against Wolves and Southampton.

As for Henderson meanwhile, his future at Old Trafford is uncertain after de Gea reclaimed the No 1 position.

Henderson’s cause has not been helped by his absence through a bout of coronavirus this season, which has left the goalkeeper unable to make the bench at times.

But the 24-year-old has been working hard to regain his fitness with the club’s Under-23 side in Premier League 2.

The Sun say Henderson will seek a loan move in the January transfer window in an attempt to gain more minutes and revive his chances of getting back into the first-team fold.

Henderson has been at United since he was 14 and has already enjoyed two successful periods at Sheffield United.

The 24-year-old made his first start of the season against West Ham in the 1-0 defeat in the EFL Cup on Wednesday and will be looking to build on his performance.

Solskjaer’s side will welcome Aston Villa to Old Trafford in the Premier League on Saturday, before hosting Villarreal in the Champions League four days later.