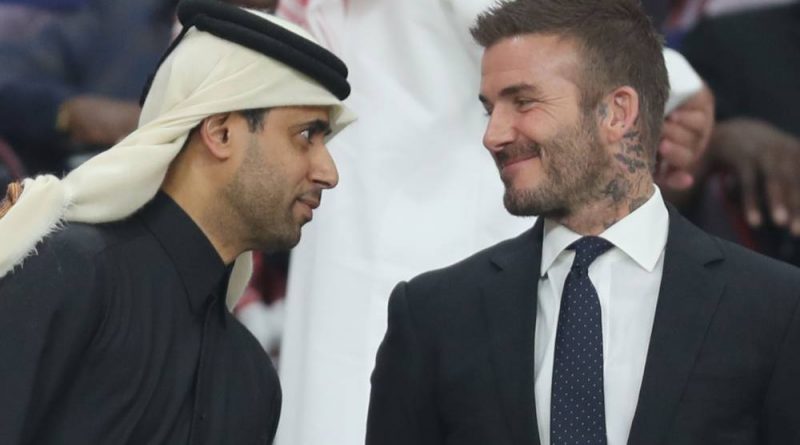 David Beckham has reportedly signed a deal worth £150 million to become the “face of Qatar” ahead of next year’s World Cup.

According to The Sun, Beckham will “promote tourism and culture” for the next decade in the country, which is strongly anti-LGBT+ and has an atrocious human rights record.

The deal was first reported by The Mail on Sunday in February, although it is still unclear what duties the role will involve. He will reportedly earn £15 million a year for the next decade.

Beckham, who in 2007 said he was “honoured to have the tag of gay icon” and is an ambassador for UNICEF, spent a week in Qatar this month, one of the most dangerous places in the world to be LGBT+.

In a vague statement, a spokesperson for Beckham told The Telegraph: “David has been visiting Qatar regularly for over a decade and went on to play for [Qatar-owned Paris Saint-Germain] so he has seen the passion for football in the country and the long-term commitment that’s been made to hosting this World Cup and delivering a lasting legacy for the region.

“He’s always talked about the power of football as a force for good.

“As we reach the one-year-to-go point, he joins the wider football community that is coming together for the World Cup 2022 and he’s looking forward to what he thinks will be a great tournament.”

Homosexuality can be punished by imprisonment, flogging or death in Qatar

Homosexuality is completely outlawed in Qatar, and is punishable by up to seven years in prison or flogging.

Muslim men who engage in same-sex relations can be punished with the death penalty under Sharia law, although IGLA has reported it doesn’t “appear that any person has been executed for this reason or at all”.

LGBT+ relationships have no legal recognition, and queer people have no protection from discrimination.

On David Beckham’s ambassador role for Qatar, LGBT+ rights campaigner Peter Tatchell told The Telegraph that although the footballer had “supported our battle for equality when many others did not”, his decision “to act as an ambassador for a homophobic regime like Qatar is a big blow”.

As well as LGBT+ people, women in Qatar suffer countless human rights abuses. Women convicted of having sex outside of marriage can be sentenced to up to seven years in prison, and poor, migrant workers are often targeted for conviction, even if they are victims of rape.

Pregnancy outside of wedlock and consenting to an abortion are also punishable with prison time.

“In addition, the regime treats women as second-class citizens. It requires them to get the permission of a male guardian to study, marry and travel.

“Migrant workers are housed in poor conditions, subject to onerous employment contacts and more than 6,500 have died since Qatar was granted the right to host the 2022 World Cup.

“David seems to be putting a money-making deal before human rights. This is damaging the Beckham brand. I hope he will think again.”