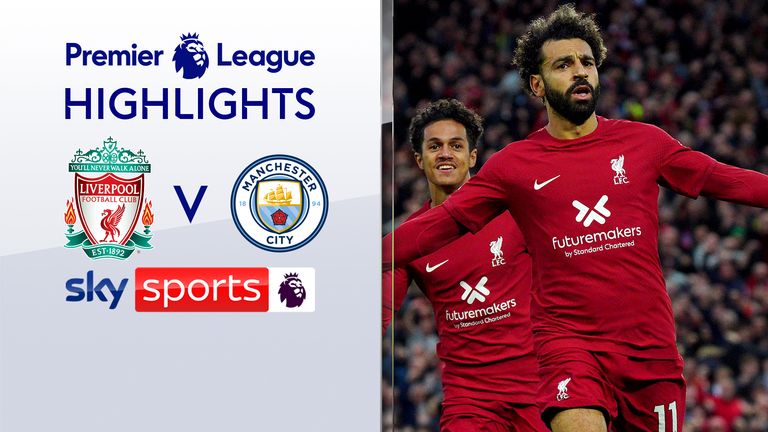 
“How would I know how to defend against him?”, the conversation went amongst a clutch of former Premier League players in the aftermath of Liverpool’s 1-0 victory over Manchester City. “I don’t think Darwin Nunez knows what he’s going to do next, let alone anybody else.”

While the words, coated with a ‘it’s funny cause it’s true’ hue, spoke to the Uruguayan’s indecision in possession, it also flagged his largely effective unpredictability.

Nunez may not have entirely worked himself out yet – a by-product of trying too hard and overcomplicating simple tasks – but opponents also haven’t been able to size him up or shut him down either. Joao Cancelo and Manuel Akanji would be the most recent exhibits.

The greatest obstruction the forward has faced is himself – an absence of surety and being in “a bit of a rush” per Jurgen Klopp’s assessment.

FREE TO WATCH: Highlights from the Premier League match between Liverpool and Manchester City.

The standout vignette of him at Anfield on Sunday, viral the world over on TikTok and Twitter, was of Nunez massacring a three-on-one situation. He slammed a shot into the defender instead of supplying an unmarked Mohamed Salah, with Diogo Jota also in support and waiting to be played in.

It is an attacking sin to spurn such an opportunity; to not at the very least shift the marker away to create more space for a pass. Nunez also erred by not cutting back to Fabio Carvalho in another move, choosing and botching the harder-to execute option of finding Trent Alexander-Arnold.

But to focus solely on stanzas of play that still boggle the brain undersells Nunez’s contribution in the match, and in general.

His eight touches against City produced three shots and a clear-cut chance. Nunez’s recovery of possession and ball-carrying ability was Liverpool’s most potent weapon in the closing stages of the showdown against the best team in the world, even if his decision-making did misfire.

The agent of chaos disrupted the standout defence in the division. Nunez’s movement, directness and habit of getting into golden scoring positions are crucial tools.

He leads the league for shots, touches in the opposition box, and expected goals. The 23-year-old’s underlying data is not just keeping company and edging the likes of Erling Haaland and Gabriel Jesus, but indicates that if he can add composure, he’ll generate a contribution as significant as his initial £64m price tag for Liverpool.

With Luis Diaz and Diogo Jota facing lengthy spells on the sidelines, that touch of calm needs to be timely. In truth, his upturn can only be aligned with Liverpool navigating their identity and returning to the top end of the table.

Nunez’s 516 minutes across all competitions has been marked with four goals and an assist, which has come in a team trying to reinvent itself and that has struggled for consistency in approach, structure, and system.

Klopp’s comment that “Nunez would have scored a couple more goals if he had played in the centre of Man City’s attack this season” was an understanding that the current iteration of Liverpool hasn’t been the most stable side to acclimatise to.

The former Benfica man’s language struggles, coupled with a red card on his Anfield debut, has slightly speared his confidence which explains the dented credence in what Klopp calls ‘the decisive 10 per cent.’ Nunez has owned this fact himself, circling he needs to “calm my nerves during games.”

At Liverpool’s training centre the message to him has been clear: drown out the noise of what people say you failed to do or can’t do and carry on doing what you’re used to.

Nunez has been shown how his data compares to the rest of the league’s chief finishers, and in a lengthy chat with Klopp and Pep Lijnders, was told that the club have no concerns over his form, adjustment, and growth into a key figure in the XI.

Liverpool believe his return to prime self-assurance and end product is just around the corner. Nunez’s numbers suggest he is certainly on the right route to being box office – and not just the main character for the fail compilations.