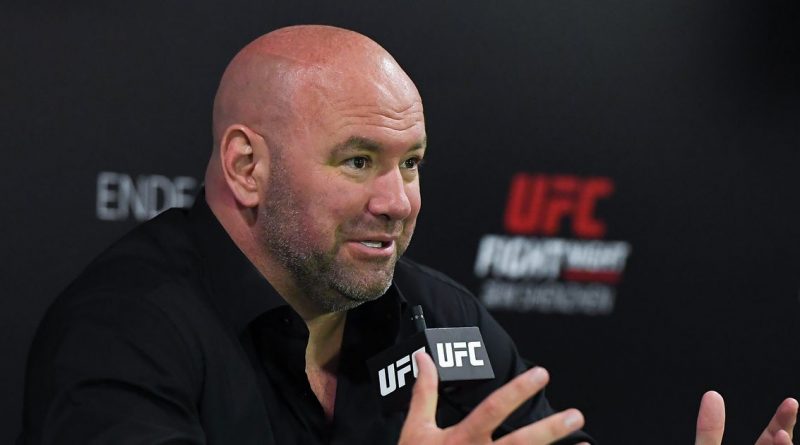 Conor McGregor shows off watch as he smokes cigar

UFC president Dana White is hoping his former fighter Vitor Belfort can “viciously” knock out Oscar De La Hoya when the two men meet in a boxing match next month.

De La Hoya will fight Belfort at the Staples Center in Los Angeles on September 11. The fight, which was originally announced as an exhibition, will be over eight two-minute rounds.

White and De La Hoya’s feud dates back to 2017 when ‘The Golden Boy’ criticised Conor McGregor ‘s venture into boxing to secure a big payday against Floyd Mayweather. The two have never seen eye-to-eye since.

De La Hoya has slammed White for the current state of UFC fighter pay, whilst White has mocked the former boxing champion for his past drug and alcohol addiction.

And of the fight, White told Pat McAfee: “I’m praying Vitor knocks this c******** out, and viciously knocks him out.

De La Hoya hasn’t fought since losing by stoppage to eight division world champion Manny Pacquiao in 2008. The 48-year-old was linked with exhibition fights against Floyd Mayweather and Canelo Alvarez before signing to fight Belfort in June.

Despite his hatred for De La Hoya, White did pay respect to his skills as a boxer.

“But as much as I can’t stand that dirt bag, De La Hoya is legit. Back in the day when me and De La Hoya were cool, I actually was up in his camp. Just his jab could knock people out,” he continued.

“De La Hoya in his prime was the real deal. This is a real fight between two real guys. I think that Vitor obviously has the power to KO him, but De La Hoya’s no joke, either.”


Who wins out of De La Hoya and Belfort? Comment below

“This idiot (Kavanaugh) calls me every day. He calls me every day: ‘Please answer my call. Please talk to me. Why won’t you talk to me?’ Because I don’t give a f*** about you. Do your thing. Leave me alone. Go f****** do whatever it is you’re doing. Knock yourself out.

“I [couldn’t] care less. I have no interest in talking to any of those idiots. They can do their thing. Do your thing. Stop talking about me. What do you give a s*** what I’m doing? Go do your thing.”