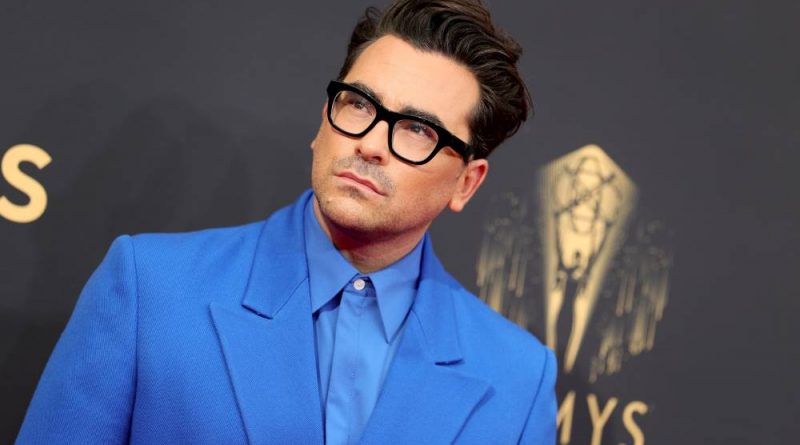 Dan Levy has opened up about the lasting legacy he hopes the beloved series Schitt’s Creek will have on pop culture and the LGBT+ community.

The show garnered a cult following and received critical acclaim as it had a historic clean sweep of the comedy categories at the 2020 Emmy Awards. Schitt’s Creek also received three nominations for a GLAAD Media Award for outstanding comedy series – winning twice – for its heartwarming and humorous portrayal of LGBT+ people.

Levy told Radio 1 Newsbeat that he wanted Schitt’s Creek, which aired its series finale in 2020, to be remembered for its representation of the LGBT+ community in “really hopeful and happy ways”.

“A lot of the stories I see representing my community are cautionary tales or lessons to be learned or something that’s kind of heavy-handed and waterlogged with messaging,” Levy said. “Very rarely do members of the LGBTQIA+ community get to see themselves represented in really hopeful and happy ways.”

Levy has previously addressed the impact Schitt’s Creek has had on members of the queer community. In the Netflix documentary titled Best Wishes, Warmest Regards about the season finale, there is an emotional scene where a letter from Serendipitydodah For Moms, a Facebook group for mothers with LGBT+ kids, is read aloud.

Levy broke down in tears as the heartwarming letter detailed how thankful the group is for the “LGBTQ characters, relationships and storylines that you’ve included in Schitt’s Creek”. The parents also thanked the creators for “your commitment to represent love and tolerance in your show” and for creating “new ways for queer viewers to see themselves”.

Levy recalled the emotional moment in a recent interview with GQ, saying he wished “I had something like that as a kid”. He described how it would have been “some kind of comfort for me growing up”, and he was grateful to “lighten the loud” for younger generations.

“It’s an incredibly emotional experience to know that I’ve done something that has helped, you know, lighten the load, or helped change the conversation within a family, or made someone feel empowered, because growing up that’s all I feel like I hoped for,” he said.

But creating the beloved series wasn’t all smooth sailing for Dan Levy. He admitted he “didn’t sleep more than eight hours” some weeks. By the final sixth season, he said the pressure from co-creating the series got so bad he had to wear a neck brace “because the anxiety in my neck was so bad I couldn’t move it”.

“At one point there was an acupuncturist and a chiropractor coming to set every day at lunch to work on my neck so that I could actually perform and not, you know, look like I needed a neck brace,” he shared.