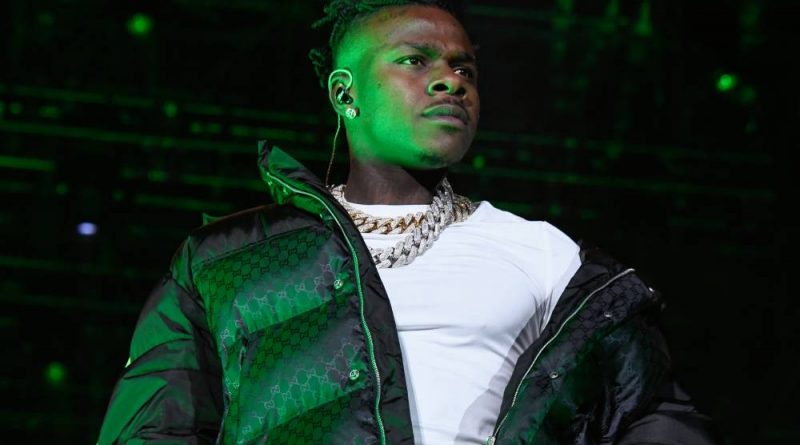 DaBaby returned to the Rolling Loud festival – this time in New York – despite his insistence he was being cancelled.

The controversial rapper graced the Rolling Loud stage once more with support from his friend, 50 Cent.

This appearance marked his return to the festival series, three months after the Rolling Loud Miami crown witnessed him make inflammatory remarks about the LGBT+ community and misinformed statements about people living with HIV and AIDS.

At Rolling Loud Miami, DaBaby wrongly suggested to the crowd that people living with HIV die “in two, three weeks” from the virus and made comments about queer men who “suck d**k”. He was subsequently dropped from a string of festivals including Parklife, Lollapalooza, Day N Vegas and 2021 Governor’s Ball.

However, DaBaby performed on day one of New York City’s Rolling Loud festival alongside 50 Cent as the rapper’s special guest. According to TMZ, show organizers approved of DaBaby’s appearance at the concert ahead of time.

DaBaby performs on stage during Rolling Loud at Hard Rock Stadium on 25 July 2021 in Miami Gardens, Florida. (Getty/Rich Fury)50 Cent, himself no stranger to homophobia, had defended DaBaby previously, saying he is a “really talented, special artist”.

He told E! News that DaBaby had “just transitioned from being in that pool that everyone’s in as a rap artist” to “turning into a superstar”.

“There’s nobody that tells you: ‘Now you’re being held to these standards,’” 50 Cent said. “They’re the mainstream standards that you can’t say things and you can’t do these different things.”

After his Rolling Loud Miami rant, DaBaby faced furious backlash from former collaborators and HIV charities. He was condemned by the likes of Elton John, Demi Lovato, Leslie Jordan, Madonna and even Lil Nas X’s father, and lost a lucrative deal with fashion brand Boohoo.

50 Cent continued in August: “He didn’t have a publicist involved, and that’s why his response took so long. Even his apology, the first apology attempt at it, is what made it worse.”

The rap icon also said that DaBaby would “be back” as long as he “keeps the consistency with the music”.

“Remember they cancelled Chris Brown like five or six times?” he added.