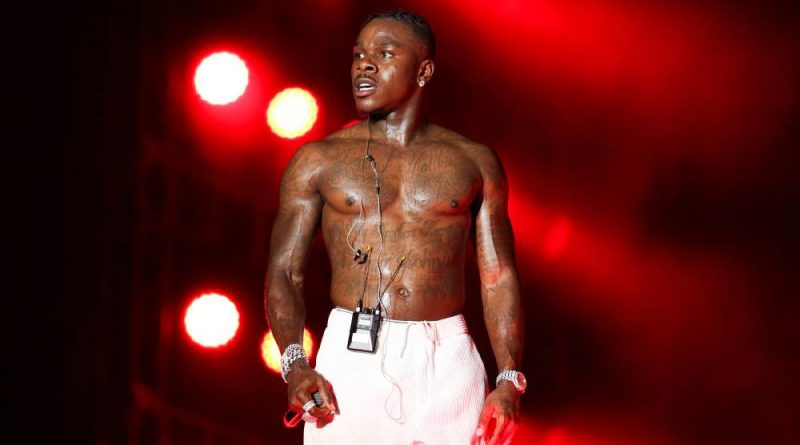 DaBaby has issued a limp apology after his ugly “homophobic” rant about gay people and those living with HIV that led to several festivals dropping him.

The rapper apologised in a lengthy statement Monday (2 August) on his Instagram. He claimed he is educating himself and will “learn from his mistakes”. His apology begins with the rapper lamenting over social media and the swift backlash to his vile rant at the Rolling Loud festival last month.

“Social media moves so fast that people want to demolish you before you even have the opportunity to grow, educate, and learn from your mistakes,” DaBaby wrote.

He continued: “As a man who has had to make his own way from very difficult circumstances, having people I know publicly working against me – knowing that what I needed was education on these topics and guidance – has been challenging.”

DaBaby then proceeded to thank the people who “came to me with kindness” and “reached out to me privately to offer wisdom, education and resources”. Because that’s “what I needed”, he claimed.

He then finally issued an apology directly to the LGBT+ community. DaBaby wrote: “I want to apologise to the LGBTQ+ community for the hurtful and triggering comments I made.

“Again, I apologise for my misinformed comments about HIV/AIDS and I knew education on this is important.”

DaBaby has faced swift consequences for his actions

During the rapper’s performance at Rolling Loud, he told the audience to put their phones in the air if they “didn’t show up today with HIV, AIDS, any of them deadly sexually transmitted diseases that’ll make you die in two, three weeks”.

He also was heard making comments about queer men who “suck d**k”.

In the days that followed, the rapper faced condemnation from former collaborators, HIV charities and the LGBT+ community. Music legends Elton John and Madonna condemned the rapper’s “hateful” comments.

DaBaby later admitted on Twitter that his remarks about people living with HIV were “insensitive”, but he also suggested the comments had been “digested wrong”.

After his apology, he released a new song and music video that reference AIDS, which was filmed hours before he performed at Rolling Loud. The video also ended with the message “Don’t fight hate with hate” in rainbow letters. The statement also included a message: “My apologies for being me, the same way you want the freedom to be you.”

He later claimed on Instagram that he tried to “apologise” and actually “meant no harm” by his remarks because he was “only entertaining as you are paid to do” at such events. DaBaby added that people who were critical of his comments were tagging “along with a trending topic”.

In the wake of his comments, DaBaby has been dropped from the line-up of the Parklife, 2021 Governor’s Ball and Lollapalooza festivals. On Monday, Day N Vegas announced it would also be removing DaBaby from their line-up.