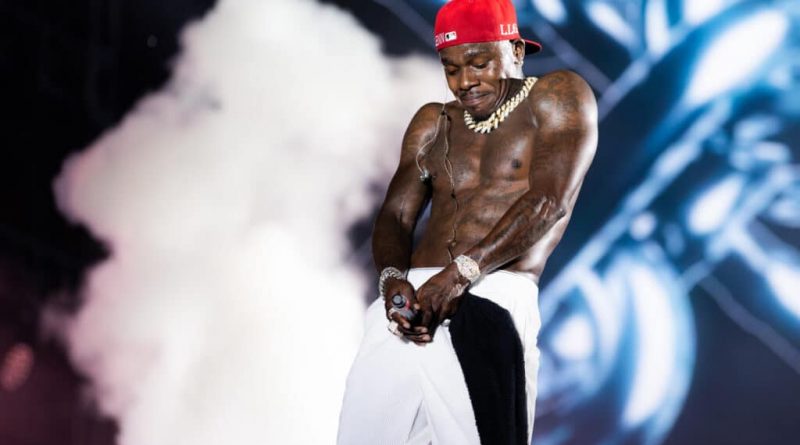 A day after DaBaby was dropped by Lollapalooza, New York’s Governors Ball has also removed the rapper from its line-up.

DaBaby has learned that actions have consequences after asking fans at the Miami Rolling Loud festival to raise their phones in the air if they do not live with HIV, AIDS or a sexually transmitted infection “that’ll make you die in two to three weeks”.

The Grammy-nominated rapper has since been dropped by Lollapalooza and Parklife, had a sponsorship with boohooMAN torn up and faced denouncement from musical legends such as Elton John and Madonna.

Now he’s been removed from the Governors Ball line-up, it emerged after organisers Founders Entertainment shared a new poster that omitted his name.

DaBaby had been set to perform on 24 September at the festival, taking place in Citi Field, Queens.

While promoters did not name DaBaby, an accompanying statement said Founders Entertainment “does not and will not tolerate hate or discrimination of any kind”.

“We welcome and celebrate the diverse communities that make New York City the greatest city in the world,” it read.

“Thank you to the fans who continue to speak up for what is right.”

During his set at the Rolling Loud festival, DaBaby claimed that those living with HIV die within weeks – even a brief Google search proves this to be wrong.

The musician initially sought to defend his bombast, which also saw him take aim at queer men who “s**k dick” and make misogynistic comments.

DaBaby claimed the backlash was a “weak ass internet issue” and that none of his gay fans had HIV/AIDS because they’re not “nasty” or “junkies”.

He then walked back and said those living with HIV had “the right to be upset” – but said the LGBT+ community had “digested” his rant “wrong”.

“What I said was insensitive even though I have no intentions of offending anybody. So my apologies,” DaBaby wrote.

DaBaby flipped his apology just a day later in a message shown during the end credits for his “Giving What It’s Supposed To Give” music video.

“Don’t fight hate with hate,” the message read. “My apologies for being me the same way you want the freedom to be you.”

Dua Lipa, who collaborated with DaBaby last year for a remix of “Levitating”, said on social media that DaBaby’s comments were “ignorant”.

“I really don’t recognise this as the person I worked with,” she wrote. “I know my fans know where my heart lies and that I stand 100 per cent with the LGBTQ community.

“We need to come together to fight the stigma and ignorance around HIV/AIDS.”