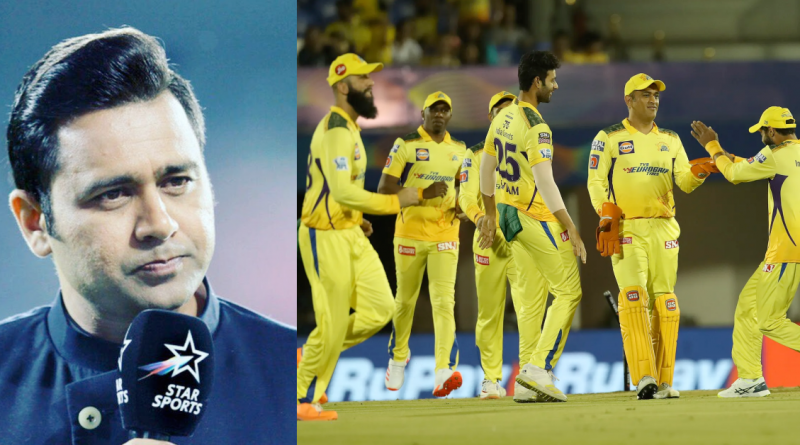 SRH defeated CSK by eight wickets to hand them a fourth straight loss at the Dr DY Patil Sports Academy in Navi Mumbai.

CSK vs SRH: CSK suffered their fourth loss in IPL 2022

CSK posted 154/7 as Moeen Ali top-scored with 48 off 35 deliveries and skipper Ravindra Jadeja hit a quickfire 15-ball 23 at the end of the innings. Washington Sundar (2/21) and T Natarajan (2/30) were the best picks of SRH bowlers.

SRH opener Abhishek Sharma scored 75 off 50 balls, his innings was laced with five fours and three sixes at a strike rate of 150 and Rahul Tripathi blazed 39 runs in 15 balls as SRH romped to an eight-wicket win with 14 balls to spare.

“Neither is Chennai’s batting firing nor is their bowling looking sharp. Chennai lost the toss and were asked to bat first. Ruturaj Gaikwad was looking good but got out again. Robin Uthappa was there with him – he was also looking good but he got out as well,” Chopra said on his YouTube channel.

“The Hyderabad bowling was extremely incisive. Washington Sundar has been very good. He picked up two wickets. When you are stopped to a low total, the expectation is that you will do some magic and pick up wickets with the new ball. Nothing like that happened.

“Abhishek Sharma was absolutely sensational. You had played Theeksana but he was not allowed to be effective. You can bowl Mukesh Choudhary, Dwayne Bravo, Jordan, Moeen Ali or Jadeja – none of them made an impression,” he added.

CSK will play their next match against Royal Challengers Bangalore (RCB) on April 12 at the same venue.