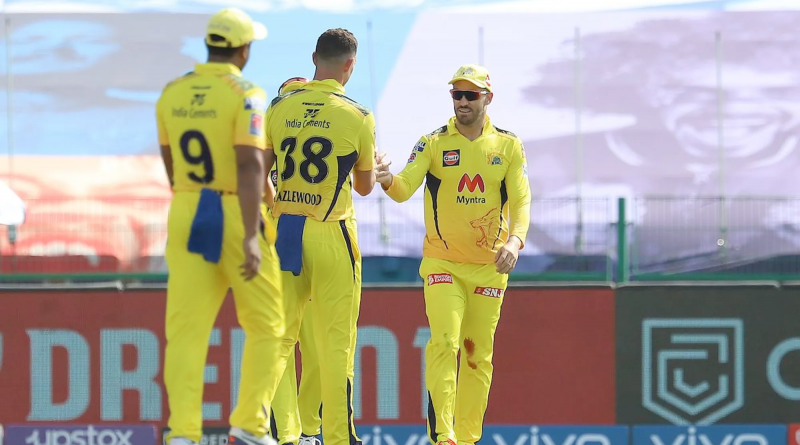 
Chennai Super Kings (CSK) batting coach Michael Hussey said they will compete with their former players on the pitch during the clash against Royal Challengers Bangalore (RCB) on Tuesday. Even though CSK have very fond memories with those players, Hussey means business for the upcoming fixture.

Faf du Plessis, who is leading RCB in IPL 2022, along with Australian pacer Josh Hazlewood and Indian leg-spinner Karn Sharma will play against their former team.

We have got great memories with all of those guys, Faf du Plessis in particular: Michael Hussey

Du Plessis was an integral part of CSK and won two IPL titles with the ‘Yellow Brigade’. The South African batter amassed 2932 runs from 93 innings at the strike rate of 132 in the Yellow colours. Du Plessis fired 86 from 59 balls, striking seven fours and three sixes, as CSK posted 192 in the final against KKR as Dhoni and his men won the match by 27 runs to clinch their fourth IPL title.

Hussey said once the players leave the team they will be looked at as opponents just like any other team do but they will definitely greet their former players.

“Obviously, we have got great memories with all of those guys; they have been with the team for a long time, Faf in particular. Once the guys crossed the line, it is just bat versus ball; CSK vs RCB, hopefully, we can come out on top, But it’ll be nice to shake hands afterwards,” Hussey said in a video uploaded on CSK’s social media handles.

CSK vs RCB: I am still really confident with the team: Michael Hussey

CSK under new skipper Ravindra Jadeja recorded their fourth straight loss after an eight-wicket defeat to Sunrises Hyderabad. However, Hussey instilled confidence in his players and expects them to collectively enhance their performance.

“I am still really confident with the team, and the guys are working hard. I don’t think we are too far away hopefully, and as you say, once we get one win on the board, then things can grow from there. I think we just got to bring it right back to the basics.

“We can’t get too worried about what’s happened in the past, and we cannot get worried about winning two or three games in a row in the future,” the former Australian player said.

“I think the guys individually would have gone away and had a good look at themselves in the mirror and just maybe identified one or two things that they can do a little bit better. If everyone brings in a little bit better, then hopefully the collective will improve,” he added.