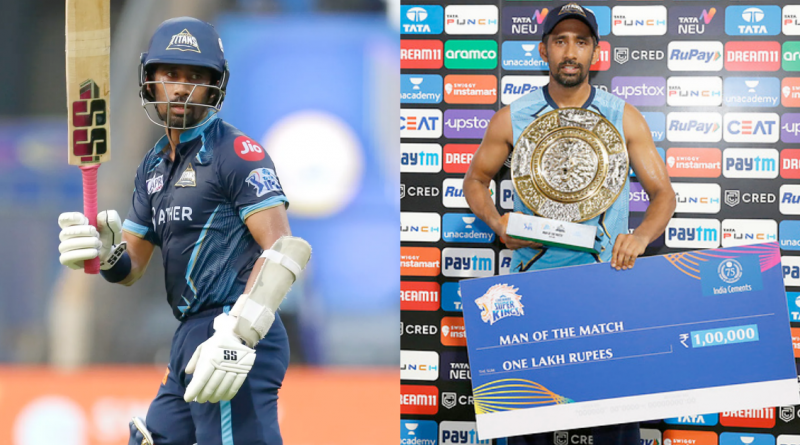 
Wriddhiman Saha has been in fantastic touch in IPL 2022.

Since making an entry to the Gujarat Titans team he has played some valuable knocks.

Gujarat Titans were struggling with their opening pair at the beginning of the season when Matthew Wade and Shubman Gill opened the innings in the initial games.

But since Saha has come up the order he has provided great starts to the team as he has looked to utilise the powerplay overs to the best of his abilities.

I Took My Chances In The Powerplay: Wriddhiman Saha

On Sunday too, in a small chase of 134 against Chennai Super Kings, he was quick off the blocks as he scored three boundaries in the first over itself. Two of those boundaries came off edges but his intent was aggressive from the word go.

He scored yet another fifty and helped GT chase down the target with ease. He scored 67 off 57 with 8 fours and a six and took his side over the line.

Gujarat Titans had already qualified for the playoffs and with this win, they now most certainly will finish in the top 2. GT would hope that Wriddhiman Saha continues to play like this.

Saha after the game said, “I have been playing for so long. But this setup takes care of the group. I didn’t play the initial games but executed my plans when I got a chance. We were not chasing a big target. So I took my chances in the powerplay and then there was no need to take chances as the required rate was under six.”

We saw when we were bowling that the odd ball stopped. So I thought of taking my chances initially before taking it easy. My role in the team is to play my natural game in the first six overs. After that, my strengths are to be backed, be it playing the sweep or charging down,” he further added.