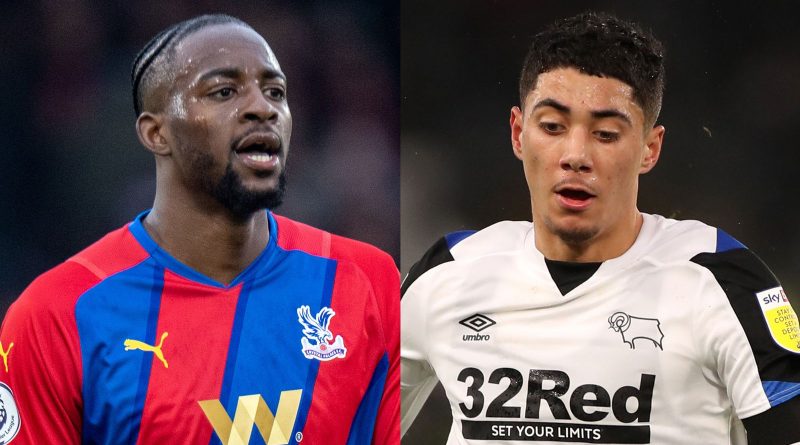 Mateta, who initially joined on loan from Mainz last January, has signed a four-and-a-half-year deal.

The Eagles have paid £9m to the Bundesliga side to secure the Frenchman’s services permanently after Palace boss Patrick Vieira blocked interest from France this month.

The 24-year-old has made 15 appearances for Palace and scored three goals.

Delighted to have you permanently, JP! 💥#CPFC

Mateta told Palace TV: “I’m happy. I want to say thank you to the gaffer, he trusted in me. And [thank you to] Dougie [Freedman], the Chairman [Steve Parish] and the team and the fans also, and my family.”

Chairman Steve Parish added: “We are delighted to secure the long-term future of Jean-Philippe. Coming to a new country, a new team and a new league is not easy and JP worked incredibly hard to get and then take his opportunities.

“He really has shown the aptitude, attitude and dedication we look for along with his natural footballing ability. I’m looking forward to seeing much more of him in a Palace shirt.”

Meanwhile, Palace also signed Derby County striker Luke Plange in a deal that sees the teenager loaned back to the Rams until the end of the season.

The 19-year-old has signed a three-and-a-half-year deal at Selhurst Park.

Luke returns to @dcfcofficial on loan for the remainder of the season.

Wishing Luke and Derby all the best for the campaign 🤝#CPFC

Palace have decided to pay the £1m fee to the cash-strapped Championship side immediately to help them with their financial issues.

Derby went into administration in September and have an extra month to prove to the English Football League (EFL) how they will fund the rest of the season.

Wayne Rooney’s side are under a transfer embargo and banned from registering new players, but Plange can return to Pride Park as it has been accepted under EFL rules that he is not a new player registration.

The former Arsenal youngster has scored three goals in eight Championship appearances this season, including Derby’s first goal in their dramatic 2-2 comeback against Birmingham on Sunday.

“Obviously I’ll be with Derby, fighting for them in the Championship at the moment, but I will be ready to go back to Crystal Palace in the summer and get ready to go.”

Parish added: “Luke is an exceptionally talented young footballer and one we hope will bring a range of attributes to the club in the years to come.

Luke Plange has sealed a permanent transfer to Crystal Palace.

He will remain with us for the remainder of the 2021/22 season after we were given permission by the EFL for the striker to return on loan.#DCFC

“But first, he has an important role to fulfil playing at Derby, and we appreciate his significance to them in their current circumstances. It is less than 12 years ago that our club was in a similar situation – as a result we were determined to ensure both clubs benefit through this deal. Therefore Luke will return on loan for the remainder of the season and help Derby with their important battles on and off the pitch.

“I look forward to seeing Luke compete in Palace colours soon, and until then enjoy the performances he continues to give for Derby.”

Follow every Crystal Palace game in the Premier League this season with our live blogs on the Sky Sports website and app, and watch match highlights for free shortly after full-time.

Get all this and more – including notifications sent straight to your phone – by downloading the Sky Sports Scores app and setting Crystal Palace as your favourite team.