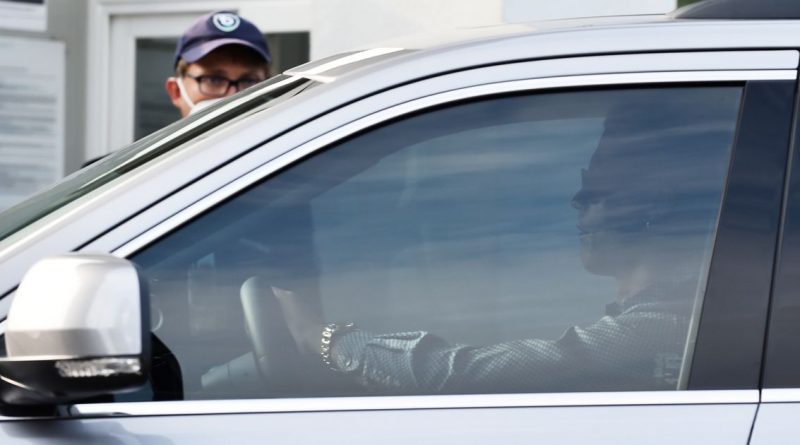 Cristiano Ronaldo has arrived back at Juventus ahead of the new Serie A season – and will reportedly hold crunch talks with the club over his long-term future on Monday.

The 36-year-old star had been enjoying an extended holiday following his exploits at Euro 2020 with Portugal, in which he won the Golden Boot after scoring five goals.

But is now back in Turin and arrived at Juve’s training ground on Monday to be greeted by a huge reception from supporters, who are clearly desperate for him to remain for at least one more campaign.

And he was happy to sign autographs and pose for pictures despite the current uncertainty over his next move.

Ronaldo has just one year left on his contract with The Old Lady, and there have been some suggestions that he could depart this summer amid rumours linking him with a return to one of his former clubs Manchester United or Real Madrid.

And according to Tuttomercato Ronaldo will sit down with Juve officials and their new manager Massimiliano Allegri to make a decision on his future.

Recently vice-president Pavel Nedved insisted the five-time Ballon d’Or winner was not going anywhere, simply telling Sky Sport Italia: “Ronaldo will return to training on Monday and he will stay with us.”

Ronaldo was the top scorer in Serie A last season with 29 goals, and is still undoubtedly one of the most feared forwards in football despite his advancing age.

United are one of the few clubs who would be able to afford his astronomical wages and would certainly be interested in doing a deal.

Signing the Portuguese star would immediately put them into contention for the Premier League title, regardless of signing Raphael Varane or Declan Rice.

On Dybala, Nedved added: “(Director Federico) Cherubini has already been in contact with his agent, who will arrive in Turin next week.

“We are in good time to get the situation resolved, it’s not a problem.”