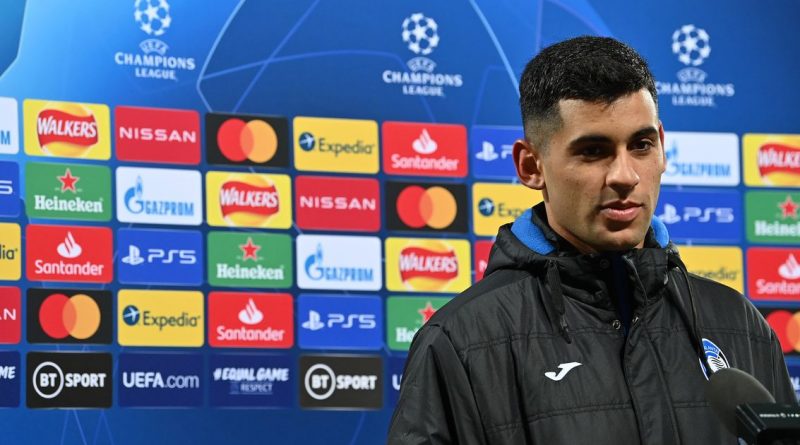 Tottenham are close to completing a deal to sign Atalanta centre-back Cristian Romero in a fee expected to reach around £47m including bonuses.

The highly-rated 23-year-old Argentina international is believed to be excited about the prospect of a move to the Premier League, and will join his ex-Atalanta teammate goalkeeper Pierluigi Gollini and attacking midfielder Bryan Gil through the arrivals door in north London.

Romero first made the move from South America to Italy in 2018 when he joined Genoa and he has impressed in Serie A ever since, making 31 appearances last season.

He has attracted interest from a whole host of elite clubs, including Barcelona, but it seems Spurs’ interest was the strongest, and it will be intriguing to see how he adapts to life in England.

Cristian Romero is close to completing a move to Tottenham
(

And Romero may already have one eye on his next move given his comments back in 2019.

This was a time when he was beginning to shine for Genoa, and was being particularly strongly linked with a transfer to Juventus.

And speaking in an interview with Italian outlet Corriere dello Sport he did little to play down the rumours – listing them and Manchester United among the teams he would most dream of representing.

“As a boy I wanted to become a professional footballer and I succeeded,” Romero said. “Now I dream of playing in the Champions League with one of the four most important clubs in the world: Juventus, Real Madrid, Barcelona or Manchester United.”

Romero is clearly a huge admirer of the Red Devils, and if he impresses with Spurs who knows what the future could hold for him.

Given that United are only just about to splash out on Raphael Varane to partner Harry Maguire, their future in Romero’s position looks promising.

But they are a club who have been known to raid Spurs for their prize assets in the past, with the likes of Michael Carrick and Dimitar Berbatov making the switch.

Meanwhile, many will debate whether part of the money Spurs are spending on Romero is coming out of an eventual sale for Harry Kane.

The striker was absent from training for a second day in a row on Tuesday as he looks to push through a move to Manchester City in the pursuit of trophies.

But with Spurs said to be furious with his tactics we could be in for a drawn-out transfer saga, as chairman Daniel Levy stands firm over his £150m valuation of the England captain.