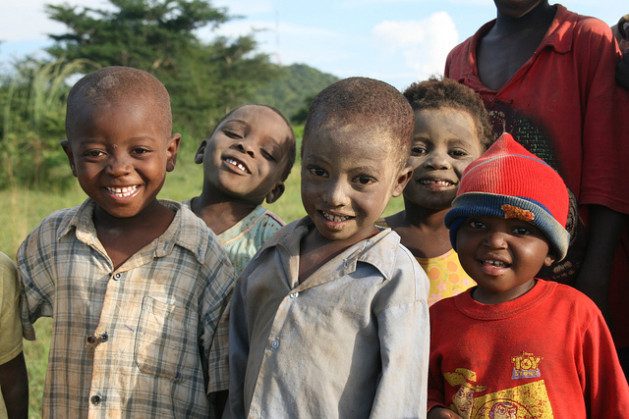 MADRID, Nov 21 (IPS) – An indisputable truth is that no child has ever chosen where to be born, which colour of skin to have, which ethnic community to belong to, what religion to practice and language to speak, or how safe or dangerous the context to grow up in. A child is the most innocent and defenceless human being.

Nevertheless, children fall easy prey to all kinds of brutalities, everywhere and every single day. See how.

Racism and discrimination against children based on their ethnicity, language and religion, are rife in countries across the world, stated the UN Children’s Fund (UNICEF) ahead of this year’s World Children’s Day on 20 November.

It also highlights widespread disparities among minority and ethnic groups.

A lifetime of pain: “Systemic racism and discrimination put children at risk of deprivation and exclusion that can last a lifetime,” said UNICEF Executive Director, Catherine Russell. “This hurts us all.”

Ethnicity, language, religion: The report shows that children from marginalised ethnic, language and religious groups, from 22 low and middle-income countries which were analysed, lag far behind their peers in reading skills.

A UNICEF analysis of data on the level of children registered at birth – a prerequisite for access to basic rights – found significant disparities among children of different religious and ethnic groups.

Black children are not children: In their reporting to the UN General Assembly, UN Human Rights experts on 8 November 2022 explained how children of African descent ‘not considered children at all, even in the eyes of the law.’

“The unresolved legacies of trade and trafficking in enslaved Africans, as well as colonialism, post-colonial apartheid and segregation, continue to harm these children today.”

Deprivation: Discrimination and exclusion deepen inter-generational deprivation and poverty, and result in poorer health, nutrition and learning outcomes for children, a higher likelihood of incarceration, higher rates of pregnancy among adolescent girls, and lower employment rates and earnings in adulthood.

‘Povertyism,’ humiliation, stigmatisation: Like racism and sexism, ‘povertyism’ should be illegal, said in his recent report to the world body, the Special Rapporteur on extreme poverty and human rights, Olivier de Schutter.

“People are stereotyped and discriminated against purely because they are poor. This is frankly sickening and a stain on our society.”

No Need to add that children are among the most hurt by impoverishment, humiliation and stigmatisation.

No immunisation: While COVID-19 exposed deep injustices and discrimination across the world, and the impacts of climate change and conflict continue to reveal inequities in many countries, UNICEF highlights how discrimination and exclusion have long persisted for millions of children from ethnic and minority groups, including access to immunisation, water and sanitation services,

Sentenced to the darkness of ignorance: More than two-thirds of 10-year-olds are unable to read and understand a simple text. And there are 244 million children still out of school, while educational centres are victims of armed attacks.

In addition to all the already reported brutalities committed against the most innocent and defenceless humans–the children, many more crimes continue to be perpetrated amidst worldwide impunity.

The following are just some tragic examples.

One billion children experience some form of emotional, physical or sexual violence every single year.

One child dies from violence… every seven minutes.

Millions of children are displaced by armed conflict. These children are at a high risk of grave violations in and around camps, and other areas of refuge.

Drowned, abandoned, stranded: Children are often forced to migrate with their parents to flee armed conflicts, severe droughts, floods and landslides they have not caused. In their voyage to hell, children are drowned, and those who survive are often separated from their families and abandoned at borders.

Hunted in refugee camps: Criminal groups trading with the lives of the weakest humans go to refugee camps to hunt defenceless children and youth for trafficking, smuggling, enslavement, and making money from selling their organs.

Slavery: Millions of children are pushed into forced labour, carrying out extremely hazardous work. And 70% of boys and girls living in rural areas are workers.

All these crimes against innocent children are being committed. And go unpunished.

No wonder, the world is so busy talking about weapons, wars, oil, gas, carbon, the concentration of food markets, more technology, and how to further expand the digitalisation of all aspects of life.