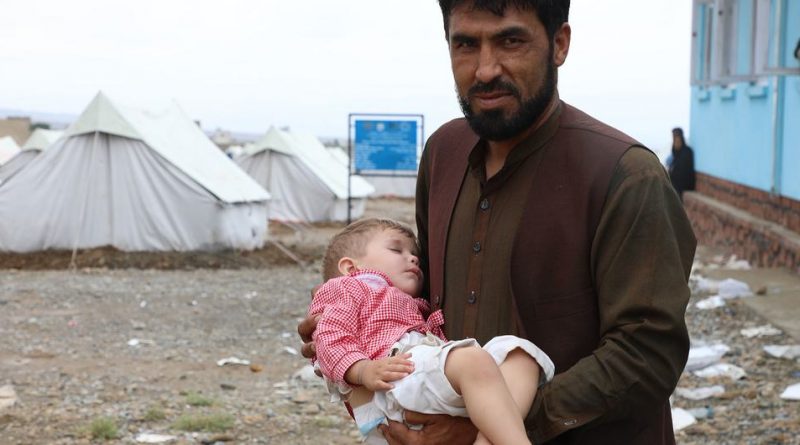 
Csaba Kőrösi painted a near apocalyptic picture of ordinary life in the Taliban-ruled nation that has endured almost five decades of “relentless conflict”, urging the international community to make up the $2.3 billion shortfall in the UN humanitarian appeal for $4.4 billion.

In a powerful speech to ambassadors in New York, during a full session of the UN’s most representative body, he said that there was “a moral and also a practical imperative for the international community to support an inclusive and sustainable peace in Afghanistan.”

The resolution expressed deep concern over Afghanistan’s current trajectory and the volatility there since the Taliban takeover.

It urges Afghanistan to honour and fully respect and implement all treaties, covenants or conventions, bilateral or multilateral, which is has signed up to.

Beyond the disastrous humanitarian and human rights situation, he said the country was now “awash with heroin and opium.”

“Organized crime and terrorist organizations are thriving once again. Afghanistan is facing complex and interlinked challenges that the Taliban have shown they cannot – or would not – solve.”

Now is the time to come up with some concrete solutions that put the Afghan people first, he said, suggesting one concrete way the General Assembly could help right away:

Afghanistan is now the only State in the world, denying girls the right to a full education, he added, noting that their prospects are totally uncertain, “amid seemingly random edicts from the Taliban.”

For even the most powerful women in the country, “dreams of becoming President have been replaced by the reality of child marriage. Arrests if women and girls leave their home without a male chaperone.

“I reiterate my call for the protection of fundamental rights and freedoms of all Afghans, especially women and girls.”

Mr. Kőrösi urged the Taliban to ensure the safety of all Afghans – regardless of gender, ethnicity, religion or politics – protection for journalists and civil society members, and the unhindered delivery of aid.

Amid the economic meltdown, he pointed out the shocking fact that narcotics constitute the biggest sector in the country, with the UN Office on Drugs and Crime, revealing a 32 per cent growth in illegal opium cultivation.

“We know where these drugs are sent. And we know who profits from these drugs. The threat from drug trafficking is linked with the threat of terrorism, regional and global security.”

He said Taliban leaders needed to engage in serious dialogue about counter-terrorism to reverse the flow of foreign extremists into the country – and prevent their own from becoming foreign terrorist fighters elsewhere.

“Afghanistan must never again become a breeding ground and safe haven for terrorists. I call on the Taliban, other Afghans and members of the international community to cooperate with the Special Representative (for UN Assistance Mission, UNAMA) as she implements the Mission’s mandate.

After debating the resolution, it was adopted by the General Assembly with 116 votes for, and 10 abstentions – Belarus, Burundi, China, the Democratic People’s Republic of Korea, Ethiopia, Guinea, Nicaragua, Pakistan, Russia and Zimbabwe.