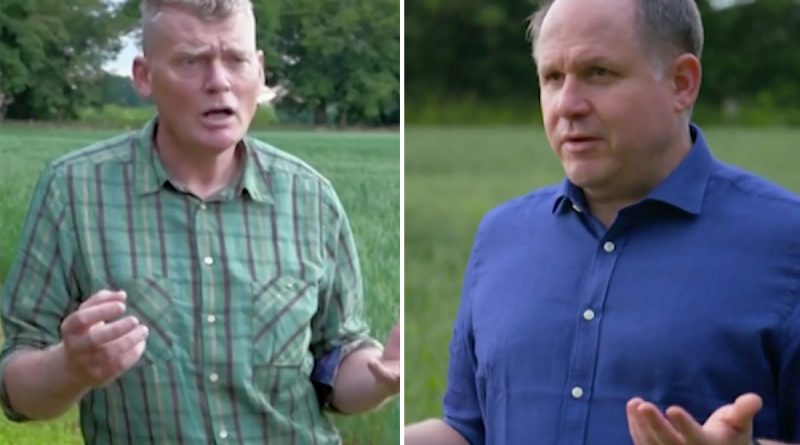 On Sunday night’s episode of the BBC show, the TV presenter riled up viewers as he discussed the issues around ultra-processed “cheap” foods.

Tom, 55, attempted to inform viewers about a new strategy trying to get Brits to turn away from processed goods for healthy alternatives.

But viewers quickly found themselves angered as they realised the cost of all of the “healthier” options that had less environmental impact.

Tom could be heard explaining: “The strategy is an independent review that looks at how our food system impacts on our health and the environment.

“Its author is restaurateur Henry Dimbleby. He’s called for new taxes on the huge amounts of sugar and salt used in ultra processed food.”

Tom went on to quiz Henry about the strategy, asking why Brits should switch out for “more expensive and less attainable” foods.

“I love crisps and the occasional chocolate bar, so why should I make those more expensive and less attainable?” the TV host asked.

Henry replied: “I mean it’s the ‘it’s just a cheap treat’ argument and it is for lots of us, a cheap treat. The problem is, it’s completely crippling our society.

“So, this stuff is completely overwhelming what you or I would consider the normal healthy foods that we should be eating.”

Tom went on to add that snacks and treats weren’t the only things causing an issue – with “cheap meat produce” also draining the market.

Henry then went on to explain to viewers: “About 50% of the meat we eat is eaten in the form of mince and processed products.

“There are now all sorts of alternatives, proteins created from plants that could replace, at a cost lower than meat, that mince.”

Fans were quick to flood Twitter in response to the segment – not for being helpful, but for being “entitled” and for “rich people”.

One viewer fumed: “Entitled item on #Countryfile that only takes into account people who can afford expensive food. Healthy food doesn’t mean eating like a farmer!”

“Yet another organic ploy, yeah ok for the affluent minority,” a second agreed of the processed foods segment.

“If people want junk food, then let them have it. Stop preaching,” a third remarked, while a fourth said: “Fresh meat should only be for rich people obviously.”

“F*** off with your lecture. Asda spag bol costs 85p & is well banging with cheese on,” a fifth jokingly concluded.

Countryfile airs Sundays on BBC One at 6:30pm.