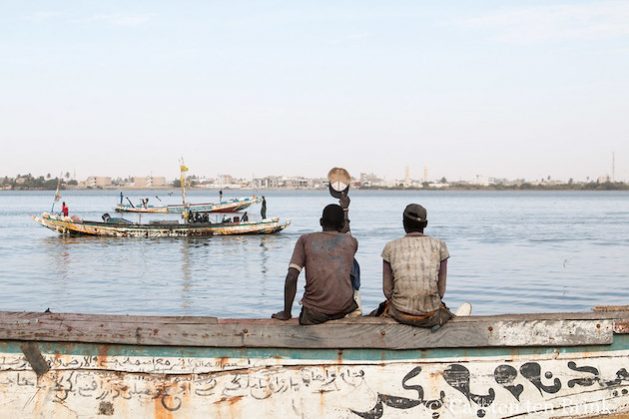 Nov 02 (IPS) – As a new report lays bare the massive financial costs to developing states of illegal fishing, campaigners are hoping that drawing attention to the practice’s devastating economic effects will help push governments to greater action against the illicit trade.

Research by the Financial Transparency Coalition (FTC) released at the end of October showed that states are losing up to 50 billion US Dollars per year to the trade, with almost half of all vessels involved in illegal, unreported, and unregulated (IUU) fishing plundering African waters.

The massive ecological damage of IUU fishing has made headlines in recent years, but the report’s authors say they believe by focusing on the financial aspect of the practice, governments will have more incentive to deal with the issue.

“Until now, IUU fishing has been seen mostly as an environmental issue and a food security issue. But what we’re trying to do, almost for the first time, is to show that this is a serious financial issue, that countries are losing billions of dollars because of IUU fishing, so the issue moves from fisheries ministries to finance ministries,” Alfonso Daniels, lead author of the report, told IPS.

“Fisheries organisations are beginning to recognise that this is a financial issue, of money lost to illicit financial flows. Once this is established, there will be more incentive for countries to act because they are losing money,” he said.

The ecological damage of IUU fishing has been widely documented. The UN has warned that more than 90% of global fishing stocks are fully exploited, overexploited or depleted, describing the situation as an ‘ocean emergency’.  IUU fishing is a key contributor to overfishing, accounting for as much as one-fifth of global fisheries catches.

But the report from FTC – a group of 11 NGOs from around the world – draws attention to the economic costs of IUU fishing, which disproportionately affects poorer coastal states.

It says IUU fishing accounts for as much as one-fifth of global fisheries catches, representing up to 23.5 billion USD every year, with overall economic losses estimated to be 50 billion USD, making it the third most lucrative natural resource crime after timber and mining.

Meanwhile, Africa concentrates 48.9% of identified industrial and semi-industrial vessels involved in illegal, unreported, and unregulated (IUU) fishing, with 40% in West Africa alone, which has become a global epicentre for these activities.

But it is not just the direct financial losses that are creating economic problems in poorer states. The UN estimates that globally, 820 million people rely on fishing for their livelihoods, while in west Africa, as much as 25 percent of the labour force are involved in fishing.

IUU fishing is destroying key local fishing industries, driving communities into poverty and in some cases, malnutrition – the FTC report points out that fish consumption accounts for a sixth of the global population’s intake of animal proteins, and more than half in countries such as Bangladesh, Ghana, Indonesia, Sierra Leone and Sri Lanka.

“Illegal fishing and overcapacity in the Ghanaian trawl sector is having catastrophic impacts on coastal communities across the country,” Max Schmid, CEO of the Environmental Justice Foundation, told media earlier this year.

The group said in Ghana, for example, 80-90 percent of local fishers had seen a fall in income over the last five years.

The FTC report focuses on the financial secrecy behind IUU fishing that drives it.

It paints a picture of a practice being enabled by lax global legislation, poor international co-operation, and weak enforcement measures, coupled with a lack of resources for local bodies to fight it.

It also underlines how IUU operators use complex, cross-jurisdictional corporate structures such as shell companies and joint ventures, and flags of convenience, to mask links to owners, allowing them to operate with virtual impunity.

Ending the financial secrecy around the practice is key to stopping it, say experts.

But campaigners say that tackling financial secrecy alone is not going to bring an end to IUU fishing and that more measures need to be implemented, with the world’s richest countries taking the lead.

“Local governments are unable to crack down on this. Officials in West Africa have said they don’t have the means to patrol their borders and western countries are not prepared to give them that means.

“The only way there will be any change is through pressure from the main seafood markets, which is Japan, the US and EU. The G7 countries must force change by not opening their markets to anyone involved in IUU fishing, and provide the means to local governments to patrol their waters,” Daniels said.

The study showed that 10 companies involved in IUU fishing were responsible for nearly a quarter of all reported cases, and that of those ten, eight were from China.

“In countries like China where most of these vessels originate, the government only gives vessels allegedly involved in IUU fishing a slap on the wrists and in other cases the vessels are part of a Chinese state-owned enterprise,” he said.

In its report, whose authors claim it is the largest analysis of IUU fishing ownership data to date, FTC calls for a number of steps to be taken.

It wants to see, among others, fisheries included in national beneficial ownership registries in all jurisdictions, with information made available to the public, fisheries included as an extractive industry in key initiatives including the Extractive Industry Transparency Initiative (EITI).

It also wants governments to publish an up-to-date list of IUU vessels allowing the use of fines and sanctions on the companies and real owners which would be collated internationally under IMO-FAO auspices to allow institutions focusing on fisheries management and Illicit Financial Flows to work together and wants to see more external support to boost monitoring capacity by coastal state governments.

The group is planning to present its findings to the European Parliament in November, and hopes to organise a high-level event in early November with representatives from the African Union and other institutions to discuss the report.

But FTC officials and other campaigners against IUU fishing are under no illusions about how quickly governments might begin to ramp up any efforts to stop their practice.

They say though that a combination of growing crises may soon force their hands.

“A combination of crises makes me think governments will be pushed into doing something. The UN has talked of an ‘ocean emergency’ because of overfishing and with the current combination of a cost of living crisis, a food crisis, the rise of the fishmeal industry in west Africa – the situation is not sustainable in ten years, or even in five or six years from now,” said Daniels.

And it would be in rich countries’ long-term interest to make sure they do address the problems IUU fishing is causing in Global South states, he added.

“All the money being lost by African countries through illicit financial flows is being lost to these other countries. They may think why should we care so much about this? But that’s a very short-sighted view, because if you mistreat fisheries grounds in West Africa then you will encourage the loss of fishing jobs and fishermen will want to migrate to Europe, then you have a migration crisis,” Daniels said.

“This is not something theoretical – you go to coasts and ports in Senegal, for example, and many people cannot catch fish, so what else are they going to do? I spoke to some people who tried to go to Spain. They failed, but this phenomenon is happening now. The approach is so short-sighted, they’re not taking this seriously.”