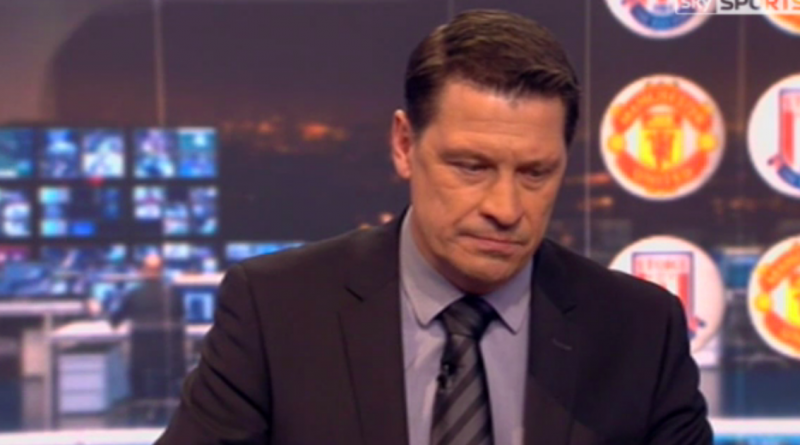 Sky Sports have continued their shake-up in their studio with Tony Cottee the latest to be axed, joining the likes of Phil Thompson, Charlie Nicholas and Matt Le Tissier out the exit door

The former West Ham, Everton and Leicester ace made the announcement on Twitter that the broadcaster had dropped him ahead of the new season.

It follows a number of big changes to their punditry team from Sky Sports, with the likes of Phil Thompson, Charlie Nicholas and Matt Le Tissier already being axed.

Soccer Saturday is almost synonymous with fans on the weekend who like to keep up to date with all the scores across the footballing pyramid.

Led by the charismatic and well-loved Jeff Stelling, the program has gone from strength to strength in recent years.

But with the tide changing in recent years, Sky Sports have acted ruthlessly ahead of the new season.

And Cottee is the latest star to face the axe in brutal fashion, tweeting out the announcement.

He said: “After 20 years @SkySports, today I was told that I will no longer be on the Soccer Saturday show.

“I’ve got fantastic memories and had lots of laughs but it’s now time for me to move on and see what the future will bring. It was a privilege to be a part of such a great team…

Cottee, a West Ham legend across two spells at the club, is well-loved by supporters from the East End.

Is dropping Cottee the right decision from Sky Sports? Comment below

And many responded with shock after reading the news, with one fan replying: “Can’t believe @SkySports is letting another absolute legend go from soccer Saturday.

“Those with the power have no clue about what (and who) the people want. Good luck for the future.”

Another wrote: “Absolute joke TC, I have lost all interest in Soccer Saturday over the last 12 months.”

While a third quipped: “It’s alright mate, you’ll be free to start up front for us now then!!”

Cottee follows the aforementioned Le Tissier, Thompson and Nicholas out the exit door, with Paul Merson and Stelling keeping their places on the main panel.

And the Soccer Saturday host was gutted to see them leave, posting an emotional tweet.

“One of my saddest days ever at Sky Sports with the departure of three of my best mates,” he tweeted. “They have been part of a team that for me was the best.”

However, they are yet to make it back onto prime-time TV.