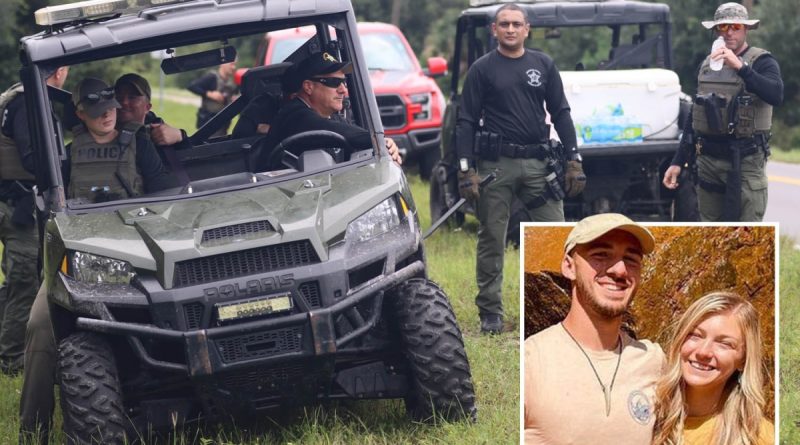 
FOLLOWING the FBI announcement that remains consistent with Gabby Petito’s description were found in Wyoming, the manhunt for her boyfriend, Brian Laundrie, reached new heights.

On Saturday and Sunday, North Port police were scouring the Mabry Carlton Reserve for Laundrie, whose family told North Port Police Department that they picked his car up from the reserve earlier this week.

Speaking to the New York Post on Sunday, North Port Police spokesman Josh Taylor said that Laundrie, 23, told his family he was going for a hike.

Brian Laundrie has not been seen since Tuesday.

According to Taylor, the attorney for the Laundrie family called FBI investigators the evening of Friday, September 17, to report his disappearance.

Since his family reported him missing, a manhunt for Laundrie has been underway.

The focus has been the “vast” Carlton Reserve, which stretches over 25,000 acres in Sarasota County.

Taylor said that police worry Laundrie may have hurt himself while in the reserve, characterizing it as “a possibility, certainly.”

“Does anyone not think it’s possible he went out there and shot himself in the head? Sure,” Tayor said, adding, “We don’t have any information about where he’s at.”

The Laundrie family released a brief statement on Sunday evening after the FBI announced human remains found in Grand Teton National Park are believed to be Gabby Petito.

“The news about Gabby Petito is heartbreaking,” the statement reads.

The brief statement also said that “The Laundrie family prays for Gabby and her family.”

Laundrie is described as a 5’8 white male with brown eyes and brown hair. He was last seen wearing a hiking bag with a waist strap.

Police said Laundrie was able to disappear because he is not a suspect, had not been charged with a crime and they were not tracking his movements.

The FBI is still investigating Gabby Petito’s disappearance and accepting information from the public.

“We continue to seek information from anyone who utilized the Spread Creek Dispersed Camping Area between the dates of August 27-30, 2021 and who may have had contact with Gabby or her boyfriend, or who may have seen their vehicle,” said the agency in a statement.

Information can be shared tips.fbi.gov, and photos relevant to the case can be uploaded at fbi.gov/petito.

Tips can also be shared by calling 1-800-CALL-FBI.