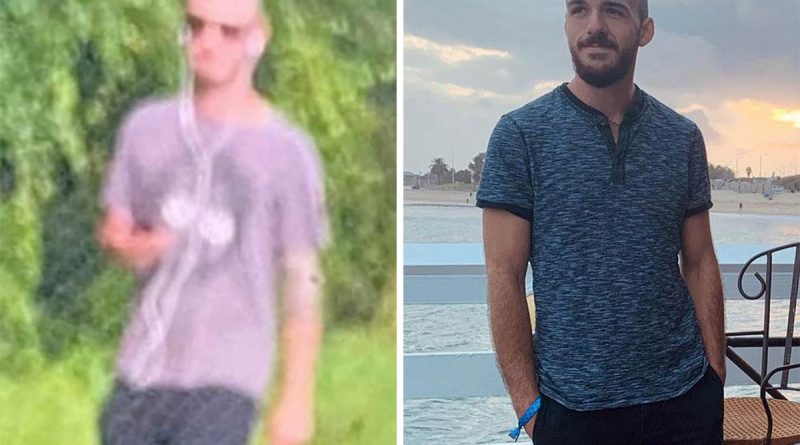 
NORTH Port police are looking into whether a photo of a man who “sure as heck looks” like Brian Laundrie indeed shows Gabby Petito’s missing fiancé.

The photo, taken on a cellphone, shows a bald man in flip flops who resembles Brian walking about two blocks from the Laundrie home in North Port, Florida.

It was taken on Friday – days after Laundrie’s parents reported last seeing him before he went missing.

North Port Police Department spokesman Josh Taylor told the New York Post they are aware of the photo and are investigating it, but that while it looks like Brian, the man in the photo has a tattoo on his left arm, unlike Gabby’s fiancé.

“Not looking like him. Tattoo on left arm … but we are going to make sure,” said Taylor. “Other than that, sure as heck looks like him.”

According to metadata, the photo was taken just before 5pm on Friday -about an hour and a half before police showed up at Brian’s parents and were told the 23-year-old had been missing since Tuesday.

The passerby who took the image, Zachary Randazzo, told the Post that he’s not “100 percent sure” the photo shows Brian, but “it looks so close I don’t know how it couldn’t be him.”

More than 50 North Port police officers as well as the FBI conducted a vast search in the Carlton Reserve in the Sarasota area on Saturday.

Gabby has been missing for two weeks after going on a cross-country road trip with her fiancé.

She and her Brian had planned a road trip through Colorado, Utah, and Wyoming that would finish in Yellowstone.

While Petito never returned home, her fiancé did and has since made headlines after he reportedly hired an attorney and refused to work with the police.