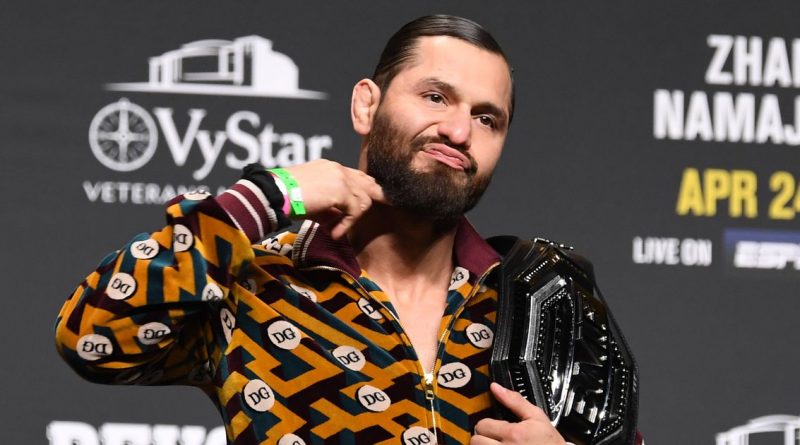 
Jorge Masvidal’s manager Malki Kawa accused Conor McGregor of ‘not responding’ to an offer to face Masvidal previously, and believes that the American is ‘too big’ for him

Jorge Masvidal’s manager Malki Kawa has accused Conor McGregor of ‘not responding’ to a fight offer for the pair to meet in the UFC.

McGregor has recently been defeated by American Dustin Poirier for the second consecutive occasion after being stopped in the opening round of their UFC 264 contest due to a broken leg.

But Kawa has revealed that he ‘accepted an offer’ on behalf of his client Masvidal for a potential bout to take place between the pair but the Irishman ‘never responded’.

“Guys, stop this. Masvidal is too big for him, that’s why Dana White never liked this fight,” Kawa responded to a fan on Twitter.

“Of course, and we did when it was offered (McGregor fight offer).

“Then they said he never responded. So don’t know what to tell you.”

Masvidal has not been in action since his rematch defeat with Kamaru Usman at welterweight at UFC 261 back in April, but is reportedly eyeing a return to the sport before December.

The American has frequently been linked with a contest against the Irishman during his career, and has gone on to fight former opponents of the 33-year-old including Nate Diaz and Donald Cerrone.

But UFC president Dana White has previously revealed he is not keen on the idea of a fight between the pair stating that Masvidal is ‘too big’ to take part in any duel with McGregor which is said to have annoyed the former champion.

Conor was not happy that I said Masvidal was too big for him, he said ‘that pis**s me off that you said he’s too big for me.

“I’m telling you guys, I’ve said it a million times and I’ll say it again, this guy will fight anybody and I don’t care if he’s pis**d off about it or not, I think that Masvidal is too big for Conor.

“If we ever get to that point, I’m sure it’s something Conor and I will fight about.”

McGregor has faced various critics from the UFC as a result of his post-fight antics against Poirier at UFC 264 including former heavyweight Daniel Cormier who believes that Khabib Nurmagomedov had ‘no choice’ with his deleted tweet mocking his late father.

The Irishman has also since claimed to have suffered ‘stress fractures’ in training camp, that have helped lead to his defeat with president White also confirming that the Irishman has ‘chronic arthritis’ in his ankles.

But the 33-year-old has since made light of the injury posing for an advert for his whiskey brand Proper Twelve, and has also been backed to come back ‘stronger than ever’ by SBG Ireland team-mate Brian Moore.

McGregor has also been called out for a next potential move in the cage after his return date was set, including Rafael Dos Anjos and YouTube star Jake Paul who has claimed that negotiations are underway for a fight to take place after his recovery from injury.