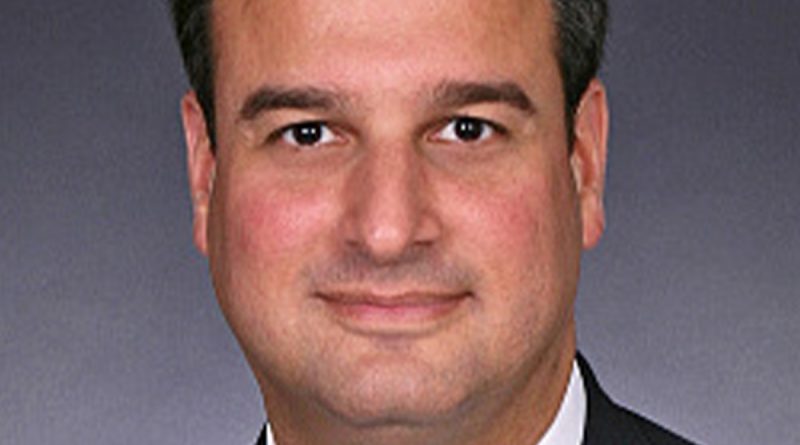 
HILLARY Clinton’s campaign lawyer Michael Sussmann has been indicted for allegedly lying to the Federal Bureau of Investigation (FBI) during a Trump-Russia investigation.

Special Counsel John Durham, who was appointed by President Donald Trump, and his prosecuting team charged Michael Sussmann on Thursday with making a false statement to the FBI five years ago.

Sussmann, a prominent cybersecurity lawyer, has been accused of hiding that he was collaborating with Clinton’s presidential campaign during a September 2016 chat he had with the FBI’s general counsel.

The indictment — filed on September 16, 2021 — states: “During the meeting, Sussmann lied about the capacity in which he was providing the allegations to the FBI.

“Specifically, Sussmann stated falsely that he was not doing his work on the aforementioned allegations ‘for any client,’ which led the FBI General Counsel to understand that Sussmann was acting as a good citizen merely passing along information, not as a paid advocate or political operative.”

During a September 19, 2016, meeting at FBI headquarters between Sussmann and the FBI’s then-general counsel, James Baker, Sussmann allegedly gave Baker documents and files that appeared to show a possible connection between Russia-based Alfa Bank and a Trump Organization server.

According to the indictment, the FBI concluded that the email server was not actually owned or controlled by the Trump Organization, the Associated Press reports.

Instead, it was determined to be administered by a mass marketing email company that sent ads for Trump hotels.

Sussman’s alleged lie left the FBI to be deprived of information that could have allowed the agency to better investigate.

According to the indictment, Sussmann said he was not presenting the materials on behalf of any particular client, which prosecutors say led Baker to believe that Sussmann was acting as a good citizen rather than a paid advocate or political operative.

A spokesman for Perkins Coie, the firm the lawyer formerly worked for, said in a statement that Sussmann, “who has been on leave from the firm, offered his resignation from the firm in order to focus on his legal defense, and the firm accepted it.”

After news of the indictment was revealed, Sussmann’s lawyers, Sean Berkowitz and Michael Bosworth denounced the accusations made against their client.

In a Thursday night statement, they insisted Sussmann was indicted “because of politics, not facts,” according to NBC News.

The statement continued: “This case represents the opposite of everything the Department of Justice is supposed to stand for.”

“Stripped of its political bluster, innuendo, and irrelevant details, what is striking about the allegations in the indictment is how few of them actually relate to the charge the Special Counsel chose to bring.

“At its core, the Special Counsel is bringing a false statement charge based on an oral statement allegedly made five years ago to a single witness that is unrecorded and unobserved by anyone else.

“The Department of Justice would ordinarily never bring such a baseless case.”