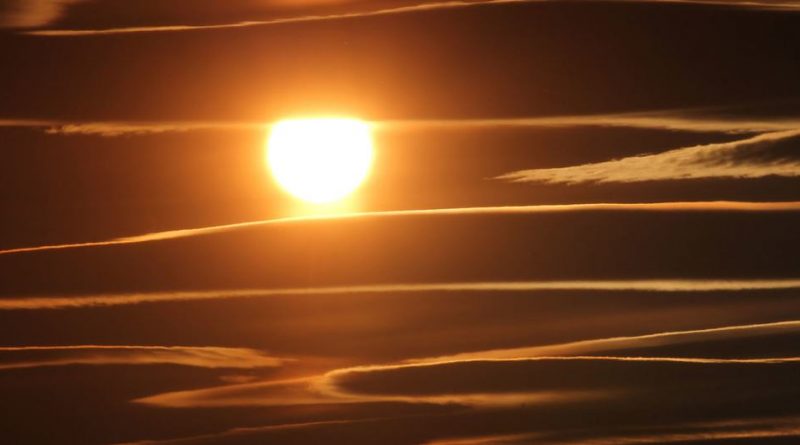 Record high temperatures this year – which are fueling catastrophes in countries such as Pakistan and Somalia – foreshadow a future with deadlier, more frequent, and more intense heat-related humanitarian emergencies, they warned.

The world’s lowest-income countries are already experiencing disproportionate increases in extreme heat. Although they are the least to blame for climate change, these nations will see a significant increase in the number of at-risk people in the coming decades.

“As the climate crisis goes unchecked, extreme weather events, such as heatwaves and floods, are hitting the most vulnerable people the hardest,” said Martin Griffiths, UN Humanitarian Affairs and Emergency Relief Coordinator.

“Nowhere is the impact more brutally felt than in countries already reeling from hunger, conflict and poverty,” he added.

The report, titled Extreme Heat: Preparing for the heatwaves of the future, has been released ahead of the COP27 UN climate change conference in Egypt next month.

It is the first report published jointly by the partners and offers concrete steps to mitigate the worst effects of extreme heat.

This year, communities across various parts of the world – in North Africa, Australia, Europe, South Asia, the Middle East, the western United States and China – have experienced record-high temperatures.

In the coming decades, heatwaves are predicted to meet and exceed human physiological and social limits in regions such as the Sahel, the Horn of Africa, and south-west Asia, the report said.

Humanitarian needs are already high in these regions, which could lead to large-scale suffering and death, population movements and further entrenched inequality.

Noting that the climate crisis is intensifying humanitarian emergencies worldwide, IFRC Secretary General Jagan Chapagain called for investment in both adaptation and mitigation, particularly in countries most at risk.

“At COP27, we will urge world leaders to ensure that this investment reaches local communities that are on the frontline of the climate crisis. If communities are prepared to anticipate climate risks and equipped to take action, we will prevent extreme weather events from becoming humanitarian disasters,” he said.

The report also reveals how heatwaves contribute to inequality, as isolated and marginalized people suffer the greatest impacts. Therefore, investments that mitigate climate change and support long-term adaption for these populations must be a priority.

Furthermore, although the impacts of extreme heat are global, vulnerable communities – agricultural workers, for example – are being pushed to the frontlines of the crisis.  Meanwhile, elderly people, children, and pregnant and breastfeeding women, face higher risk of illness and death.

The report outlines five key steps so that humanitarians can support the most vulnerable people.

It calls for providing early information on heatwaves to help people and authorities take timely action, for example by making forecasts available to all.

Supporting preparedness and expanding anticipatory action, especially by local actors, is also needed as they are often the first responders in emergencies.

At the same time, authorities should find new and more sustainable ways of financing local action.

Humanitarian response will also have to adapt to the “new normal”. Some organizations are already testing out measures such as “green roofs”, cooling centres and more thermally appropriate emergency housing.

Finally, the report stressed that addressing the impact of extreme heat also requires strengthening engagement across the humanitarian, development, and climate spheres.