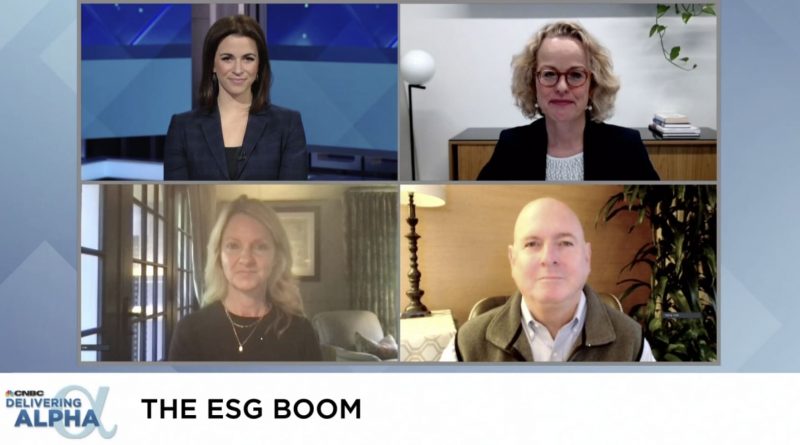 
ESG investing, or when a company’s environmental, social and governance factors are evaluated, is booming, and a panel of sustainability-focused investors said the trend is only going to accelerate from here.

Climate change “is a mega-trend that if you take advantage of it, and get ahead of it, it’s going to be an alpha generator for the next 30 or 40 years,” CalSTRS Chief Investment Officer Christopher Ailman said Wednesday at CNBC’s “Delivering Alpha.” “If you don’t pay attention to it, it’s going to be a negative alpha and you’re going to be stuck with a low-beta return.”

Wendy Cromwell, vice chair at Wellington which had $1.4 trillion in assets under management as of the end of the second quarter, echoed these comments, saying of climate change that “investors need to study it, and companies need to be prepared for it.”

ESG investing is booming, with global assets in sustainable funds hitting $2.24 trillion at the end of June, according to data from Morningstar. Assets first topped the $1 trillion mark in the second quarter of 2020.

But the ESG boom has given rise to its fair share of critics. By nature ESG is subjective, and without standardization across companies and industries it’s hard to evaluate if an ESG-branded product is actually delivering on its stated goals.

“There’s no question there are some asset managers who are just using those words because it’s a marketing tool,” said Ailman, although he doesn’t believe ESG has reached bubble status.

Regulators in Washington are currently looking into ESG investing with a number of proposals on the table. Cromwell said first and foremost it’s all about data. In terms of the “E” element, she said disclosures around scope one, two and three emissions should be required for all U.S.-listed companies. She added that it’s important for scientists and investors, who often speak different languages, to work together to assess the long-term physical risks for companies from climate change, such as from wild fire and flooding exposure.

“Find out what types of issues are material to companies…how does the company manage it, and how does the company then report the progress,” she said. Norges is the world’s largest sovereign wealth fund with more than $1.4 trillion in assets under management.

The fund previously announced plans to phase out fossil fuel exposure, specifically around companies engaged in exploration and production. More funds are following suit — often succumbing to pressure — including Harvard University, which earlier this month said it will stop investing in the fossil fuel industry.

But Ailman cautioned against viewing divestment as a be all and end all strategy. He considers divestment to be ESG 1.0, while engagement — a far more useful and important strategy — to be ESG 2.0.

“Divesting doesn’t reduce the amount of carbon in the atmosphere. Engagement does. I can’t emphasize that enough,” he said. “Engagement and turning peoples’ attitudes, turning companies around, is what’s absolutely critical now because climate changes isn’t just the energy industry, it’s a lot of other industries, and the whole world has to change.”

This attitude played out when CalSTRS joined upstart activist fund Engine No. 1 in the fight for representation on Exxon’s board.

The fund garnered support from high-profile investors like CalSTRS, and ultimately placed three of its four nominees on Exxon’s board of directors following a close and contentious vote at the oil giant’s annual meeting.

“We took on that board. We changed that board and we are really changing that company from the top down,” he said, noting that Exxon has the scientists, resources and capital to move the needle on issues like carbon capture.

“That was huge,” he said of shaking up the board. “It was climbing Mount Everest when you just take up mountaineering for the first time.”