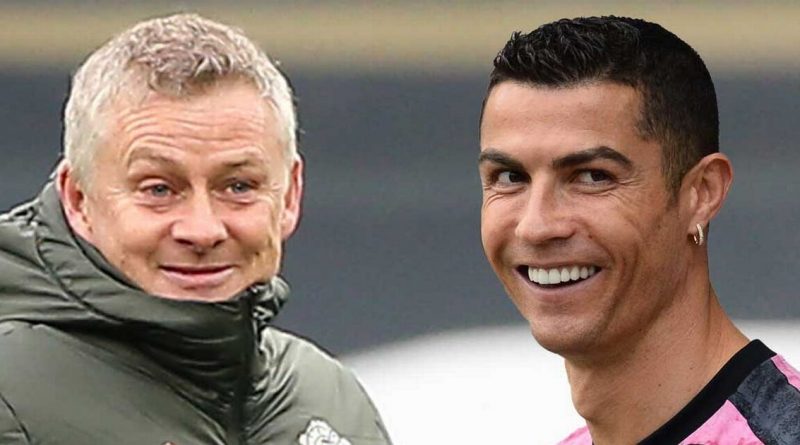 Ole Gunnar Solskjaer has claimed that he taught Cristiano Ronaldo and Wayne Rooney two of their most typical finishes in front of goal.

And the Manchester United manager admitted that he used to occasionally boast about his impact on them to his children when he watched his former teammates doing the business on the pitch.

Solskjaer played with both Red Devils legends at Old Trafford before he eventually retired in 2007, but he stayed on at the club to work as a coach during the famous season in which they won the Premier League and Champions League.

And speaking in an interview with United’s official website while discussing the impact veteran striker Edinson Cavani has had on his teammates, Solskjaer lifted the lid on the wisdom he was able to pass on to both Ronaldo and Rooney.

“I went into coaching as well, so I did try to teach them a few things,” he said. “I think I’ve got more knowledge than most of making the most out of your opportunities. I was never the quickest, never the strongest or tallest, so I had to be clever.

“Every time when Wayne or Cristiano shifted the ball to the side and put it back through the legs of the defender, and the goalkeeper’s just stranded, I used to nudge my kids and say, ‘Your dad’s taught them that!’

“Apart from that, I think you’ve got to ask the players. I think I led more by example. I wasn’t the vocal one who went round and tried to tell anyone, I wanted to show with my attitude and what I did, day in day out.”

Cavani has been a massive hit since joining United last summer, and the club received a huge boost when he agreed a contract extension to keep him in Manchester until the end of next season.

Speaking about the 34-year-old Uruguayan when he penned the new deal, Solskjaer said: “I said when Edinson signed, that he would bring energy, power and leadership to this group and I haven’t been proved wrong, he has been everything I thought he would be and more.

“As coaches, we knew about his goalscoring record. However, it is his personality that has brought so much to this squad, he has a winning mentality and has an unequivocal attitude to everything he does.

“Edinson is one of the last to leave the training ground and sets the tone for the upcoming youngsters with his approach to his profession every single day. I have always wanted him to stay and experience the way our fans will respond to him as a player, and this means he will hopefully get that opportunity.”