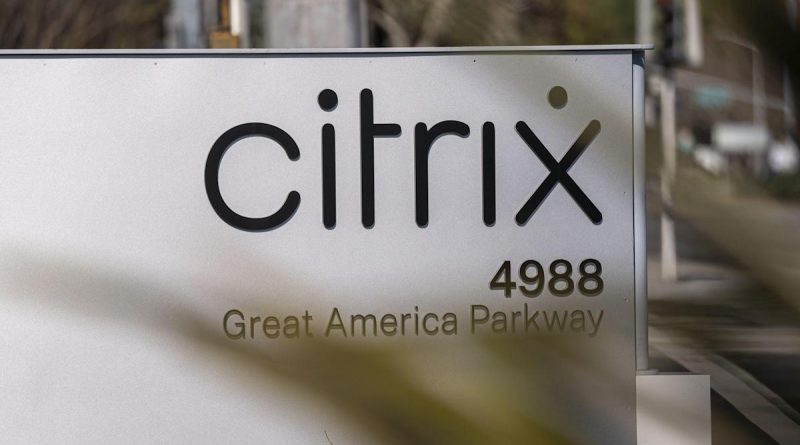 Vista and Elliott’s private equity arm, Evergreen Coast Capital Corp., are paying $104 per share in cash, according to a statement from the companies on Monday, confirming an earlier report by Bloomberg News. The offer is a 30% premium to the company’s closing share price on Dec. 7, before market speculation emerged about a deal. Bloomberg News first reported on a potential agreement with Vista and Elliot on Dec. 20.

Fort Lauderdale, Florida-based Citrix makes software that workers use to log onto to their corporate programs virtually, a category of product extensively relied upon during the pandemic as businesses sought quick ways to keep remote workforces connected to central operations. Many are now planning permanent hybrid setups for home and office working, which is expected to grow the market for tools that help make this seamless.

As part of the transaction, Vista and Evergreen plan to combine Citrix with Tibco Software, an enterprise data management firm that’s one of Vista’s portfolio companies. The combination will create one of the world’s largest software providers, serving 400,000 customers, according to the statement.

The Citrix agreement caps the biggest-ever month for software deals and follows a rampant year in which private equity firms and strategic buyers chased targets. The value of transactions in the sector hit a record $674 billion in 2021, almost double the previous annual high, data compiled by Bloomberg show. Values are up 144% this year, driven by Microsoft Corp.’s mammoth $69 billion takeover of video game publisher Activision Blizzard Inc., the data show.

Citrix previously tried to sell itself in 2017 only to see discussions with potential buyers, including Bain Capital and Thoma Bravo, stall over valuation, people familiar with the matter said at the time. Citrix most recent sale considerations came as Elliott took a 10% stake in the company, its second time investing in the workplace software maker.