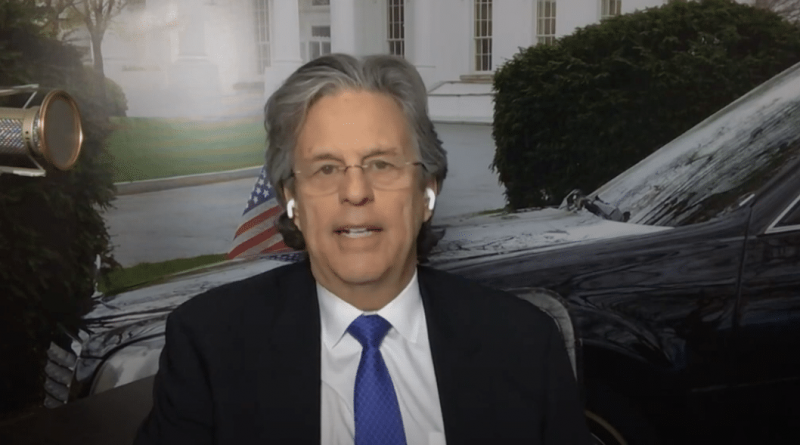 Christian author William Koenig has declared that COVID-19 was God’s punishment for fashion stores and sports teams apparently being “so pro-LGBT“.

Koenig is a right-wing Christian author and self-appointed “White House correspondent” for his own website.

On Thursday (29 July), Koenig appeared on Understanding the Times, the radio show of Jan Markell, another anti-LGBT+ Christian.

During the show, Markell and Koenig discussed LGBT+ rights and acceptance in America, or as Markell described it, “the bombardment of one aberration after another”.

She later read a quote from Koenig’s newsletter: “The last letter in the LGBTQ is Q for questioning, which is the mission to confuse kids enough that they question their sexuality so that they can be groomed and be evangelised.”

Koenig took the bizarre conversation even further, and declared that COVID-19 was actually God’s “judgement” for pro-LGBT+ fashion companies and sports teams.

End Times author William Koenig says the COVID-19 pandemic is God’s judgment on the United States for our culture being “so pro-LGBT.” https://t.co/CVgMWWElRz pic.twitter.com/ctrsnjYg7c

“I really sense that COVID is part of the judgment,” he said.

“We had a national shutdown last summer. We had every major sports league that favoured the LGBT agenda, that even took on states for their bathroom bills.

“All these areas that were so pro-LGBT, the COVID shut them down, and I don’t know if they’ll ever recover.”

Koenig added: “Don’t touch the children. This crosses the line. It is tragic to see what they’re doing, and our God is going to respond even greater.

Although he often claims that disasters like hurricanes are a result of Middle East peace talks and America failing to stand with Israel, this is not the first time Koenig has blamed a world event on the LGBT+ community.

Koenig, who attends the anti-LGBT+ Cornerstone Chapel in Leesburg, Virginia, claimed in 2015 that widespread droughts in California were punishment for same-sex marriage.

He said at the time: “We’ve got a state that, over and over again, will go against the word of God, that will continually take positions on marriage and abortion and on a lot of things that are just completely opposed to the scriptures.