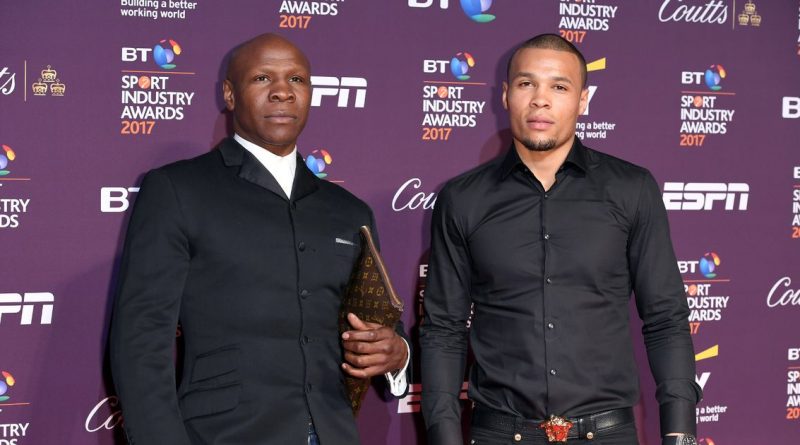 Chris Eubank tears up as he discusses late son Sebastian

Chris Eubank has revealed his £400 Louis Vuitton bag was stolen by a thief “in seconds” – but the boxing legend was more concerned about losing a bar of chocolate.

Former world champion Eubank dubbed the crook who snatched the expensive brown designer bag in broad daylight as “brazen” having not seen him quickly enough to give chase.

Eubank said he had owned the bag since 1992 and that it holds sentimental value to him as the brand no longer makes them.

The incident happened on Tuesday outside a Barclays bank on Edgware Road in Paddington and Eubank doesn’t think the smartly dressed man who stole his bag would have done it had he known the former boxer’s background.

He told the Evening Standard : “I couldn’t believe it. I was stunned. He couldn’t have known who I was because he wouldn’t have tried it. He was just looking at the prize.

Chris Eubank, holding his bag, pictured with his son
(

“It was over in seconds and he was down the road like a sprinter with a baton. I didn’t even think of chasing him at first such was the shock.

“I only saw the back of his head so I didn’t see his complexion. He was rather well-dressed with smart jeans I thought, ‘He must be the country’s most brazen crook’.

“But it’s a sign of the times – they don’t care about confronting someone like me, so nobody is immune. The police’s hands are full with everything that’s going on. But we need protection on the streets.”

The bag contained several of Eubank’s personal items, such as a bandana he wore during his time on I’m a Celebrity…Get Me Out of Here! and ID for his role as a city marshal in Opelousas, Louisiana.

But he said what really frustrated him was losing the quarter bar of Waitrose Belgian chocolate with hazelnuts in the bag.

He continued: “That’s what’s really messed up my day. It’s been in there for six days just ready to eat. I like it at that temperature and they took it.

“I’m hoping if the thief shows the documents to his friends and they recognise my name, he’ll give the manbag back.”

Eubank was in London to promote his upcoming ‘Trilogy Tour’ alongside long-term rival Nigel Benn.

The pair will discuss their 30-year long rivalry at the series of talks which starts in Glasgow on October 15 and runs through to December.

Scotland Yard has since confirmed the robbery and urged anyone with information about the incident to contact the police or Crimestoppers.

Their statement read: “We can confirm that at around 1.30pm on Tuesday, October 12 police received a report of a bag snatch at Edgware Road, W2.

“The male victim was walking along Edgware Road when a bag he was holding under his arm was snatched. The suspect fled the scene on foot.

“No persons were injured. There have been no arrests.”