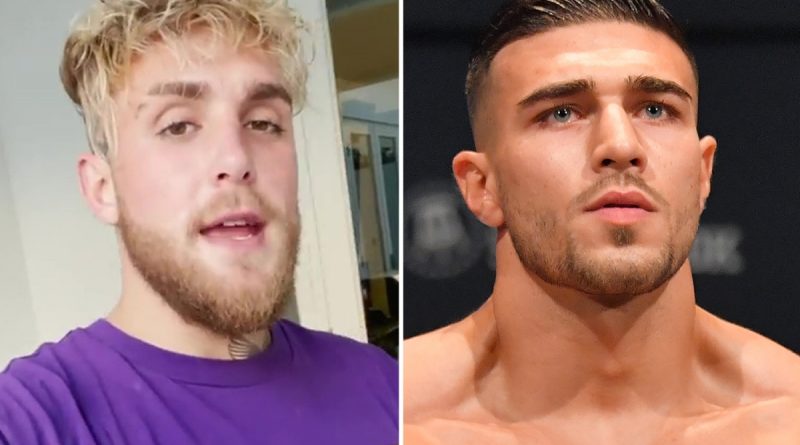 
TOMMY FURY has been warned his boxing career is ‘done’ if he loses to YouTuber Jake Paul.

And Chris Eubank Jr reckons he may as well hang up his boxing gloves if he cannot beat the American Problem Child.

Eubank Jr told talkSPORT: “If he loses that then he’s done. You might as well stop before he’s even really got started.

“You can’t start your career off losing to a YouTuber. It will be interesting to see.”

Fury – brother of heavyweight world champ Tyson – and Paul are expected to settle their feud with a £1million-plus grudge match in December.

Talks over a fight have been ongoing for a number of months, after the pair clashed backstage in August after Paul’s win over Tyron Woodley.

And Fury’s promoter Frank Warren confirmed a deal for them to collide before the end of the year is almost done.

He hopes the contracts will be sealed within days in a huge PPV battle on BT Sport.

The rise of YouTube boxers – especially Paul and his older brother Logan – has proved unpopular with many boxing purists who feel they are doing a disservice to the sport.

But Eubank Jr has no qualms about it bringing greater coverage and attracting new fans.

‘NOTHING BAD TO SAY’

He added: “What does it mean? It means they are the new kid on the block in terms of business, not in terms of talent.

“He’s ruffling feathers again. The kid is not a fighter, he’s not going to become a world champion, but he’s found a niche in the market.

“To his credit, the real fighters who are fighting on his shows are making good money. Some of them more than they made with other promoters.

“When you look at it from that perspective, I have nothing bad to say about the guy or what he is doing.

“He’s bringing light, energy, new faces and new audiences to the game. That transfers over to the legitimate fighters of today. Good luck to him.”

Eubank Jr is currently in Newcastle ahead of his fight with Wanik Awdijan tonight.

During fight week, he took a stroll through the city centre and was mobbed by fans, with one getting the Sussex scrapper to sign a MICROWAVE.