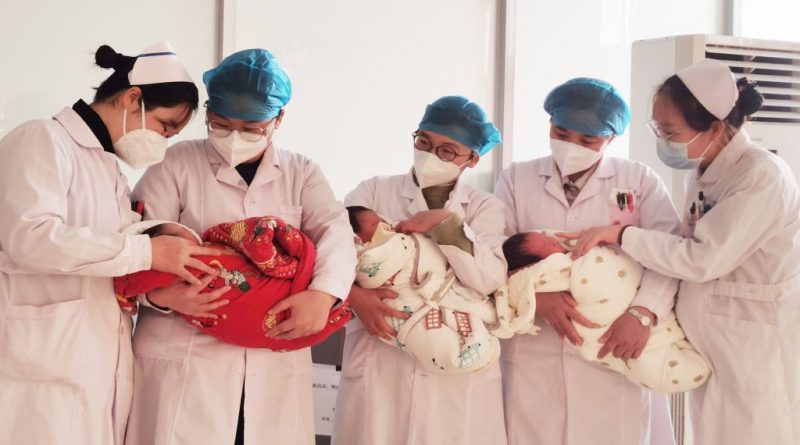 
China’s population started shrinking in 2022 for the first time in six decades, a milestone for the world’s second-largest economy, which is facing an increasingly serious demographic crisis.

China had 1.41 billion people at the end of last year, 850,000 fewer than the end of 2021, according to data released by the National Statistics Bureau on Tuesday. That marks the first drop since 1961, the final year of the Great Famine under former leader Mao Zedong.

Some 9.56 million babies were born in 2022, down from 10.62 million a year earlier, the lowest level since at least 1950, despite efforts by the government to encourage families to have more children.

A total of 10.41 million people died, a slight increase from around 10 million recorded in recent years. China suffered a surge in Covid-related deaths starting last month after abruptly dropping its zero-tolerance approach to the virus in early December. More Covid-related deaths will likely come this year as fatalities usually lag infections by weeks and infections are still spreading across the country. That outbreak could further push up the number of deaths this year.

The population drop-off came much faster than previously expected, and could act as a brake on economic growth by slowing demand for goods such as new houses. Due to the decline, the Chinese economy may struggle to overtake the US in size and the nation could lose its status as the world’s most populous country to India this year.

As recently as 2019, the United Nations was forecasting that China’s population would peak in 2031 and then decline, but last year the UN had revised that estimate to see a peak at the start of 2022. The labor force is already shrinking, long-term demand for houses will fall likely further, and the government may also struggle to pay for its underfunded national pension system.

The country is following in the footsteps of other nations in East Asia such as Japan or South Korea, which have seen their birth rates plummet and populations age and start to shrink as they’ve become wealthier and developed.

The data released by the National Statistics Bureau show 62% of the population were of working-age, which China defines as people aged 16 to 59, down from around 70% a decade ago, highlighting the challenges the country faces as its population ages.