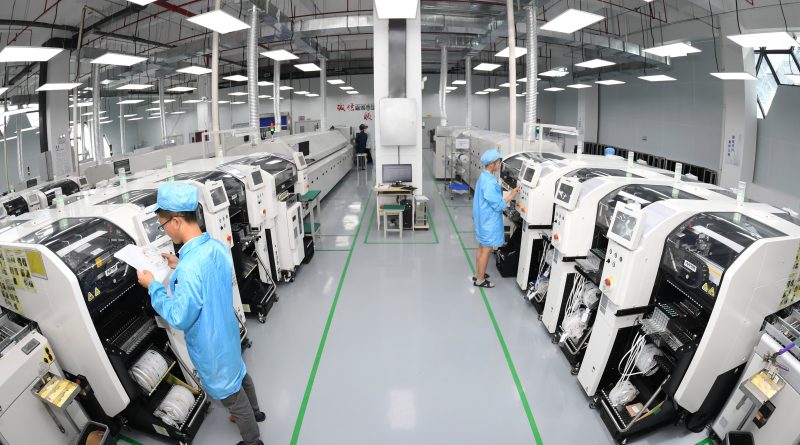 China’s factory activity growth slipped sharply in July as demand contracted for the first time in over a year in part on high product prices, a business survey showed on Monday, underscoring challenges facing the world’s manufacturing hub.

The Caixin/Markit Manufacturing Purchasing Managers’ Index (PMI) fell to 50.3 last month from 51.3 the month before, the lowest level since April 2020.

Analysts polled by Reuters had expected the index to ease to 51.1. The 50-mark separates growth from contraction on a monthly basis.

The Chinese economy has largely recovered from disruptions caused by the coronavirus pandemic, but it has faced new challenges in recent months such as higher raw material costs, which dragged on profit growth at industrial firms in June.

Policymakers have stepped up efforts to curb surging commodity prices that have squeezed manufacturers’ margins.

The weaker results in the private survey, mostly covering export-oriented and small manufacturers, broadly aligned with those in an official survey released on Saturday that showed activity growing at the slowest pace in 17 months.

A sub-index for new orders slipped sharply into contraction for the first time since May 2020, while another sub-index for production fell to the slowest pace of expansion since March last year.

Input prices continued to rise, albeit at a slower pace than the previous month but much faster than output prices, putting pressure on margins. Surveyed enterprises said raw material prices, especially for industrial metals, remained high.

Export orders grew slightly faster than the month before but still at a slow pace as the pandemic dampened overseas demand. Factories hired more workers for the fourth month in a row but at a slower pace.

An index of confidence in the year ahead slipped to the lowest level in 15 months.