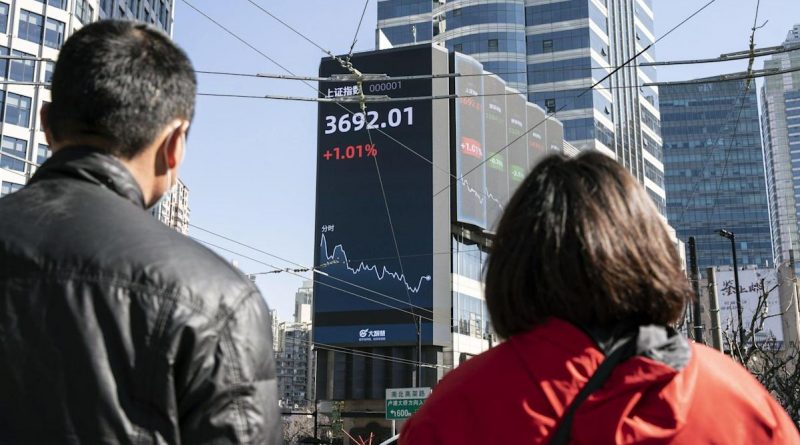 
(Bloomberg) — China’s biggest livestreaming and e-commerce platforms saw shares drop after the country slapped an unprecedented tax evasion fine on a top influencer, intensifying its crackdown on celebrities responsible for shifting millions in merchandise on the Chinese Internet.

Kuaishou Technology fell as much as 3.9%, Alibaba Group Holding Ltd. as much as 2.2% and Bilibili Inc. 8.8% Tuesday morning in Hong Kong. Stocks had plunged in Monday trading in New York, where Alibaba fell 5.8%, Bilibili dived 11.6% and Joyy Inc. slid 4.7%.

Huang Wei — a famous livestreamer also known as Viya — was ordered to pay 1.34 billion yuan ($210 million) in back taxes, late fees and fines, the State Taxation Administration said Monday. By Tuesday morning, her accounts had disappeared across platforms from Weibo to Alibaba’s Taobao.

“Viya’s fine for evading tax is a wake-up call. No matter how famous or popular you are, you can hardly evade punishment after tax evasion,” the official People’s Daily newspaper said in a commentary. “As a top livestreamer, she should have taken the lead in abiding by the law. To enjoy the systematic dividends brought about by the new business format, you should demonstrate a matching legal literacy.”

The episode is the latest step in a growing crackdown on online influencers who have seen their popularity explode in recent years, and may spook not just markets but the merchants and brands who rely on China’s homegrown livestreaming format to drive sales.

It signals that Beijing is turning its attention to the online streaming commerce arena, which has thrived with little regulation in recent years. President Xi Jinping has promised to clamp down on illegal sources of income as part of his “common prosperity” drive to close the wealth gap.

Viya’s fine shows that China is only half done in terms of its regulatory crackdown, said Justin Tang, head of Asian research at United First Partners.

There may continue to be more fines and other restrictions on livestreaming in particular and the tech sector in general in the coming year, he said.

Viya’s husband and business partner, Dong Haifeng, said in a post to his Weibo account that because the duo doesn’t have a professional understanding of tax regulations, they hired external tax consultancies to do “legal tax planning” and only later found out such practices have problems, without elaborating.

While China has gone after actresses like Fan Bingbing and Zheng Shuang for tax evasion, it’s increasingly focused on online influencers, whose popularity and ability to generate revenue from the country’s plugged-in consumers far exceed those in the West.

Livestreaming is part variety show, part infomercial and part group chat — a format pioneered in China that has grown more popular since the pandemic started. Livestreaming sales are expected to reach more than 1.2 trillion yuan ($188 billion) this year, up from just 19 billion yuan in 2017, according to the research firm iiMedia.

Viya had total sales of more than 31 billion yuan in 2020, the most among her peers across livestreaming platforms, the tech media outlet 36kr.com has reported.

In September, tax authorities announced tougher rules applying to celebrities and livestreamers, and last month two of Viya’s competitors — Zhu Chenhui and Lin Shanshan — were fined a total of $15 million for income tax evasion. The Taobao and Weibo pages of both salespeople have remained blank since, and Viya is unlikely to surface again for some time.

China needs to better regulate its livestreaming industry and crack down on tax evasion, the official Xinhua News Agency said in a Tuesday report. Over 1,000 livestreamers and workers in other new industries have voluntarily paid back taxes since September, when the taxation administration said those who actively reported and rectified their tax issues would receive lighter punishment.

The tax bureau in the city of Hangzhou suspected Huang had evaded taxes, and she failed to rectify the situation after repeated reminders from authorities, the report added.

Viya evaded taxes by concealing her commission income and falsely declaring it, according to the taxation administration. By setting up multiple sole proprietorships and partnership enterprises, and inventing businesses that did not exist, she turned the income from labor remuneration into operating income, it said.

Both Zhu and Lin had also been found to have set up multiple sole proprietorships to take advantage of favorable tax policies that experts said could bring their effective tax rate down to the single digits.

“As long as there are different tax rates, there will be people taking advantage of loopholes,” said Zhu Tian, a Shanghai-based economics professor and associate dean at China Europe International Business School. “Whether you are working for someone else or yourself, in principle, the taxation method should be the same.”