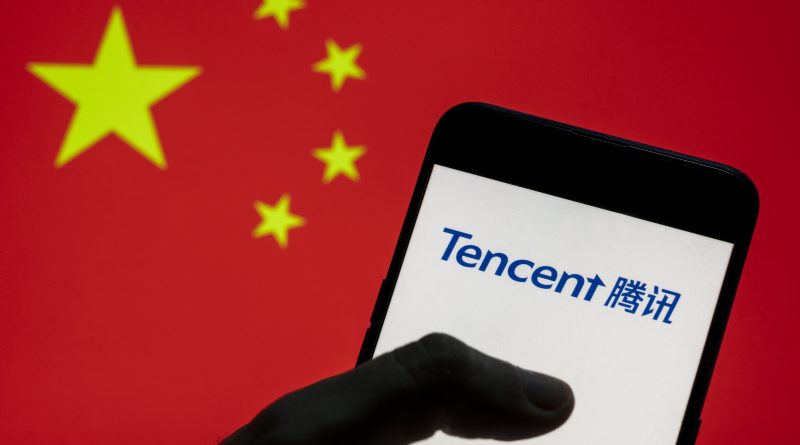 Chinese technology firm Tencent against the backdrop of China’s flag.

China’s antitrust regulator has ordered Tencent to give up its exclusive music licensing rights and slapped a fine on the company for anti-competitive behavior, as Beijing continues to crack down on its internet giants at home.

The State Administration for Market Regulation (SAMR) on Saturday imposed a fine of 500,000 yuan ($77,141) on the company citing violations in its acquisition of China Music in 2016.

Following that acquisition, Tencent owns more than 80% of exclusive music library resources, giving the company an advantage over its competitors as it is able to reach more exclusive deals with copyright holders, SAMR said in a statement.

The competition watchdog ordered Tencent and its affiliates to relinquish its exclusive music rights within 30 days, and to end requirements for copyright holders to grant the company better treatment than to its competitors — such as high advanced payments.

Tencent will have to report to the SAMR on its progress every year for three years, according to the statement, and the antitrust regulator will strictly supervise its implementation according to law.

In response, Tencent said it will “comply with all the regulatory requirements, fulfill our social responsibilities and contribute to healthy competition in the market.”

The latest regulatory crackdown comes as Beijing continues to curtail the power of its domestic technology firms that have grown to become some of the most valuable companies in the world.

Tencent’s business includes China’s most popular messaging service, WeChat, online and mobile games, as well as music. Tencent, which is listed in Hong Kong, has a market value of nearly $656 billion.