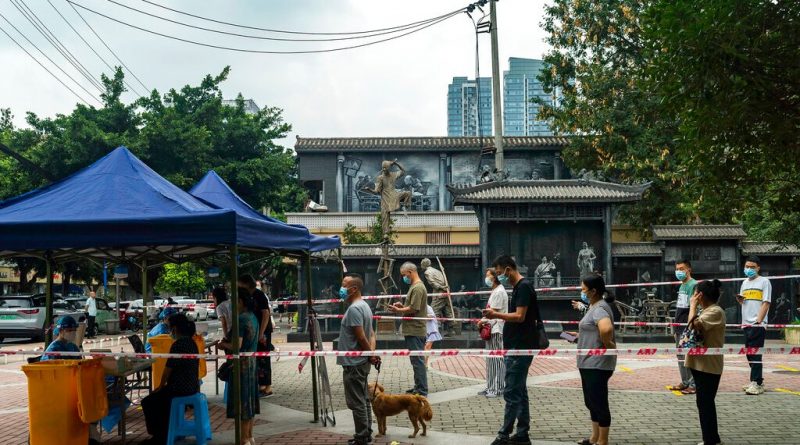 
BEIJING — Chinese authorities have locked down Chengdu, a southwestern city of 21 million people, following a spike in COVID-19 cases.

Residents have been ordered to stay home, and about 70% of the flights have been suspended to and from the city, which is a major transit hub in Sichuan province and a governmental and economic center.

The start of the new school term has been delayed, although public transport continues to operate and citizens are permitted to leave the city if they can show a special need.

Under the rules announced Thursday, just one member of each family who can show a negative virus test within the past 24 hours is allowed out per day to buy necessities.

No word was issued on when the lockdown would be lifted.

Similar measures have seen millions of people confined to their homes in the northeastern city of Dalian, as well as Shijiazhuang, the capital of Hebei province that borders the capital Beijing.

Chengdu has reported around 1,000 cases in the latest outbreak and no deaths from the latest round of domestic transmission, but the extreme measures reflect China’s rigid adherence to its “zero-COVID” policy that has exacted a major toll on the economy, with lockdowns, business closures and mass testing requirements.

China says the measures are necessary to prevent a wider spread of the virus, which was first detected in the central Chinese city of Wuhan in late 2019. The fear of being caught in a lockdown situation or sent to a quarantine facility for even being in proximity with a person who tested positive has severely constrained people’s work, consumption and travel habits.