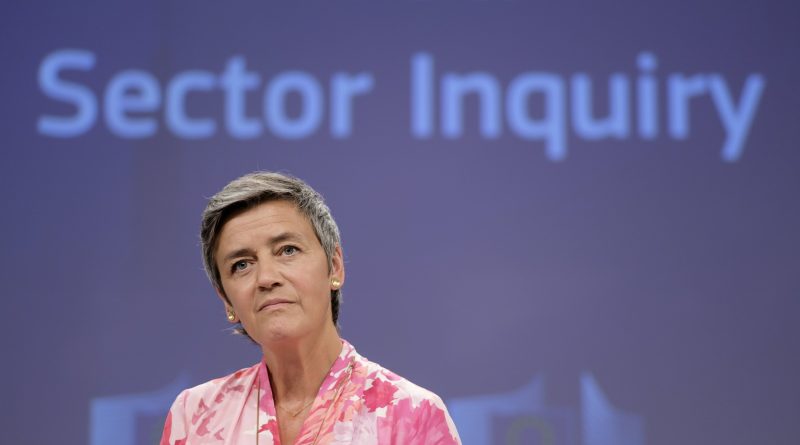 LONDON — China and the U.S. are taking more aggressive steps in regulating large tech firms, challenging the European Union’s dominance in the space.

For some time, the EU has led the way in regulating tech. This is partly because the region has no large technology firms of its own; as such, regulation was the one area where Europe could dominate. High-profile policies such as GDPR — or the General Data Protection Regulation, which give users a stronger say over how their data is used — made headlines around the world and forced technology giants to make changes.

But the United States is catching up and China is also taking it to a new level — which has not only increased the pressure on Big Tech, but also questioned the role of the EU in this space.

“China, the U.S. – they have started to figure out that they need rules,” Dexter Thielen, lead analyst at the Economist Intelligence Unit, told CNBC over the phone. As such, he said, “there is a competition in regulation.”

Chinese authorities have introduced a slew of legislation in recent months targeting the tech sector. Anti-monopoly laws, stronger data protection rules and more have sparked new investigations and fines for a number of companies.

It has led to billions of dollars being wiped off the value of Chinese tech giants, with companies such as Tencent, Alibaba and Didi under pressure.

In the U.S. meanwhile, President Joe Biden in July signed a new executive order that impacts corporate consolidation and antitrust laws. It gives the Federal Trade Commission the ability to challenge prior “bad mergers” and limits noncompete agreements.

What does this mean for the EU?

“If Europe does not catch up, it could perhaps do it by cooperating with the U.S. and other countries, it will lose its ‘Brussels effect’ — not because of a decline in its soft power, but rather due to China’s technological dominance, which will come with protocols, standards, specifications, and ultimately rules,” Andrea Renda, senior research fellow at the think tank CEPS, told CNBC via email.

This means that the EU might have to diversify its approach beyond regulation if it wants to continue playing a key role in tech.

“There is a realization in Europe that regulation is not enough,” the EIU’s Thielen said.

In fact, there are plenty of initiatives that the European Commission — the executive arm of the EU — is working on that show an attempt to influence other areas in the sector.

Thierry Breton, Europe’s single market chief, is working on an artificial intelligence strategy, on space traffic management standards — which promote safe access to outer space, and others. More recently, the commission also announced plans to boost the production of semiconductors in the region.

All of these steps come under what some EU policymakers describe as digital sovereignty: the idea that the bloc needs to foster its own innovation and become less reliant on foreign technology and companies.

But the question is whether it will succeed and how quickly. One of the biggest criticisms of the EU is how long it takes to implement new laws.

A recent example is the Digital Services Act and the Digital Markets Act — two major pieces of legislation aimed at ensuring fairer competition, which were presented in December but are unlikely to be put into action before mid-2022 at the earliest.

“For the DSA as well as the DMA, which are both far-reaching and extremely difficult to assess with regard to their economic consequences, Member States’ views are as different as chalk and cheese, making it very unlikely to see any material progress at any time soon,” Matthias Bauer, senior economist at the think tank ECIPE, said.

He recognized that there is an overall aim between the U.S., the EU and China: to grant users more control over certain data and limit the potential market power of digital giants. However, he stressed that each region has a different approach and “significant regulatory divergence will be the likely outcome.”

‘Too soon to tell’

In the end, Emre Peker, director at the consultancy firm Eurasia, said it was too soon to say that the EU is losing its crown as the world’s top tech regulator.

“While the EU cannot control the commercial and regulatory trends in Beijing and Washington, it will steadfastly work to maintain its pole position in rulemaking, with some success,” he said, however, “regulations alone will not help the EU’s industrial push to decrease interdependencies.”

“That’s a reality most European policymakers are aware of, but don’t have a remedy for at this time,” he added.