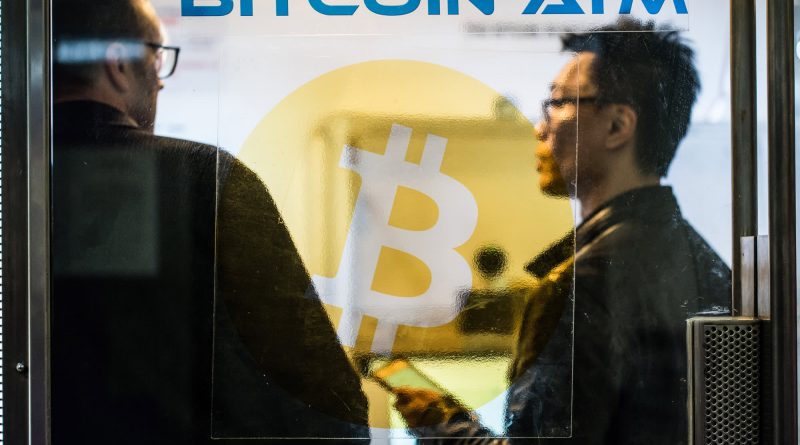 A Bitcoin ATM in Hong Kong.

Some crypto holders in China and Hong Kong are scrambling to find a way to safeguard their bitcoin and other tokens after China’s central bank published a new document Friday spelling out tougher measures in its wider crypto crackdown, including souped-up systems to monitor crypto-related transactions.

Bitcoin was down as much as 6% and ether sunk as much as 10%, amid a wider sell-off early Friday, as investors digested the news.

“Since the announcement less than two hours ago, I have already received over a dozen messages – email, phone and encrypted app – from Chinese crypto holders looking for solutions on how to access and protect their crypto holdings in foreign exchanges and cold wallets,” David Lesperance, a Toronto-based attorney who specializes in relocating wealthy crypto holders to other countries to save on taxes, told CNBC early Friday.

Lesperance said the move is an attempt to freeze crypto assets so that holders can’t legally do anything with them. “Along with not being able to do anything with an extremely volatile asset, my suspicion is that like with Roosevelt and gold, the Chinese government will ‘offer’ them in the future to convert it to e-yuan at a fixed market price,” he said of President Franklin Roosevelt’s policy around the private ownership of gold, which was later repealed.

“I have been predicting this for a while as part of the Chinese government’s moves to close out all potential competition to the incoming digital yuan,” said Lesperance.

The People’s Bank of China said on its website Friday that all cryptocurrency-related transactions in China are illegal, including services provided by offshore exchanges. Services offering trades, order matching, token issuance and derivatives for virtual currencies are all strictly prohibited, according to the PBOC.

The directive will take aim at over-the-counter platforms like OKEx, which allows users in China to exchange fiat currencies for crypto tokens. An OKEx spokesperson told CNBC the company is looking into the news and will let CNBC know once it has decided on the next steps.

Lesperance claims some of his clients are also worried about their safety.

“They are concerned about themselves personally, as they suspect that the Chinese government is well aware of their prior crypto activities, and they do not want to become the next Jack Ma, like ‘common prosperity’ target,” said Lesperance, who has helped clients to expatriate in order to avoid taxes, amid a rising crypto crackdown in the U.S.

That said, it’s common for the authoritarian state to lash out against digital currencies.

In 2013, the country ordered third-party payment providers to stop using bitcoin. Chinese authorities put a stop to token sales in 2017 and pledged to continue to target crypto exchanges in 2019. And earlier this year, China’s takedown of its crypto mining industry led to half the global bitcoin network going dark for a few months.

But this time, the crypto announcement involves 10 agencies, including key departments such as the Supreme People’s Court, the Supreme People’s Procuratorate, and the Ministry of Public Security, in a show of greater unity among the country’s top brass. The State Administration of Foreign Exchange also participated, which could be a sign that enforcement in this space might increase.

There are other signs of early government coordination in China. The PBOC document was first announced Sept. 15, and a document banning all crypto mining by China’s National Development and Reform Commission was released Sept. 3. Both were published on official government platforms on Friday, suggesting a collaboration between all participating agencies.

And unlike past government statements that refer to cryptos under the same umbrella language, this document specifically calls out bitcoin, ethereum and tether, as stablecoins begin to enter the lexicon of regulators in China.

Bespoke Growth Partners CEO Mark Peikin thinks that this is the start of widespread, near-term pressure on the price of bitcoin and other cryptocurrencies and that “the risks facing Chinese investors will have a significant spillover effect, leading to an immediate risk-off trade in the U.S. crypto market.”

“Chinese investors, many of whom continued to turn a cold shoulder to the Chinese government’s latest and largest crackdown on cryptocurrency trading the last several months, may no longer remain bellicose,” Peikin told CNBC.

But given the PBOC has improved its capabilities to monitor crypto transactions – and the recent order that fintech companies, including the Ant Group, not provide crypto-related services – Peikin said this workaround used by Chinese investors will become a progressively narrow tunnel.

Friday’s statement from the PBOC adds to other news out of China this week, which has roiled crypto markets. A liquidity crisis at property developer Evergrande raised concerns over a growing property bubble in China. That fear rippled across the global economy, sending the price of many cryptocurrencies into the red.

However, not all are convinced this downward pressure on the crypto market will last.

Sobrado thinks the market is overreacting to Friday’s announcement from the PBOC, given that a lot of the exchange volume in China is decentralized and conducted peer-to-peer – increasingly the most telling metric of crypto adoption. While exchanging tokens P2P doesn’t evade regulatory scrutiny, Sobrado said those crypto exchanges are harder to track down.

Lesperance also points out that Friday’s news might actually strengthen the business case for cryptos as an asset class, given they are a hedge against sovereign risk.

Ultimately, the biggest question is whether this latest directive from Beijing has teeth. “The running joke in crypto is that China has banned crypto hundreds of times,” Sobrado said. “I’d be willing to wager people will be trading bitcoin in China a year from now.”