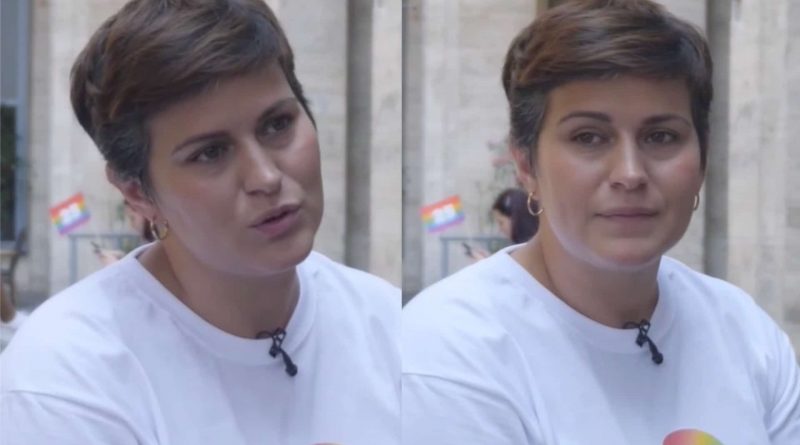 Hungary has faced the wrath of European leaders in recent weeks over its reviled anti-LGBT+ law, which prohibits the promotion of LGBT+ identities.

Speaking to Sky News about the law, Irish MEP Maria Walsh said: “Enough has to be enough.”

She continued: “We can’t keep just talking about the buzzword of solidarity without actually implementing it in the rooms and around the tables that matter the most.

“Orbán, he’s just starting. He’s built a foundation that he can stand on and now we’re going to start seeing more and more rollbacks of rights, and then how can I wear a European mask or flag and say, ‘Everybody’s equal’, because that’s not the case.”

Walsh’s comments came shortly after she marched in solidarity with Hungary’s embattled LGBT+ community at Budapest Pride on Saturday (24 July).

In a video recorded from Budapest Pride, Walsh said she had travelled to Hungary to “shout from the rooftops that fundamental human rights and equality is a principle of the European Union and therefore needs to be respected and supported by Viktor Orbán”.

The event came after Hungary’s international reputation was battered by details of the new law, which bans the depiction of LGBT+ people in media, school materials and advertisements.

Earlier this month, the European Commission announced that it would be taking legal action against Hungary over the unpopular legislation.

In a statement, the European Commission said Hungary and Poland – which has also pushed back on LGBT+ rights – have breached Article 2 of the Treaty of the European Union, which enshrines equality and the right to dignity as European values.

“Europe will never allow parts of our society to be stigmatised: be it because of whom they love, because of their age, their ethnicity, their political opinions, or their religious beliefs,” Ursula von der Leyen said in a statement.

Meanwhile, Viktor Orbán has said he will put his anti-LGBT+ law to the people in the form of a referendum.