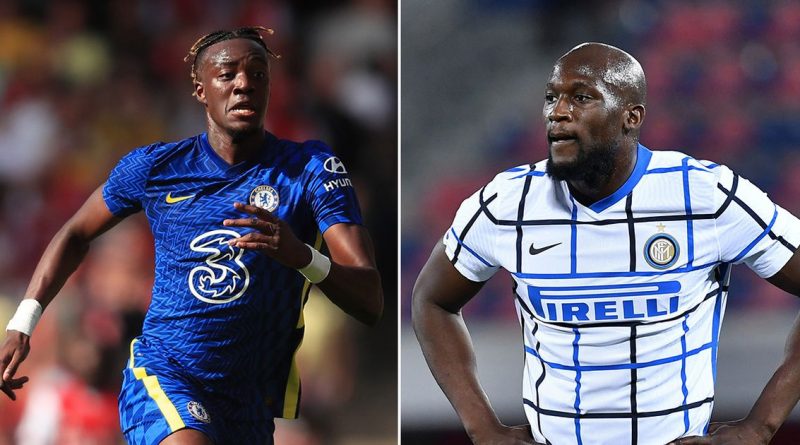 With less than two weeks until the Premier League season kicks-off, the summer transfer window looks set to step up a gear.

It has been a relatively quiet few months in terms of high-profile signings, with Euro 2020, Copa America and the Olympics throwing more than one spanner into the works of several top-flight clubs.

But with the two major tournaments completed and just a month until the window closes, clubs are beginning to strike deals.

Manchester United have made the biggest splash so far, landing Jadon Sancho from Borussia Dortmund in a deal worth £73million, as well as closing in on £41m Raphael Varane.

Both would smash the British transfer record and while Grealish is with Aston Villa as he mulls over his options, Kane has made headlines by skipping Tottenham training.

Here are some of the latest transfer rumours from the Premier League and beyond:

Chelsea have made Romelu Lukaku their top striker target
(

Chelsea are reportedly ready to lodge a third bid for Romelu Lukaku, after seeing Inter Milan reject an offer worth close to £85m.

Thomas Tuchel is desperate to sign a new striker this summer after watching his current forwards struggle in front of goal last term.

Erling Haaland and Kane have both been linked, but the latest reports have suggested that their former striker Lukaku is the top target.

Sky Sports claim that after seeing an opening proposal rejected, they went back to the Italian champions but have been rebuffed again.

Inter are chasing for closer to £100m for the Belgian international and Chelsea are set to test their resolve once again.

Villa join the race for Abraham

Arsenal face competition in the race to sign Tammy Abraham, as Aston Villa plot a loan move for the Chelsea star.

Abraham spent the 2018/19 season at Villa Park, helping to fire Dean Smith’s side back to the Premier League.

Aston Villa are eyeing a move for Tammy Abraham
(

Smith was desperate to bring him back to the club for the following season, only to see then Chelsea boss Frank Lampard offer him more first team opportunities.

However, those minutes have evaporated under Tuchel and he looks set to depart to Stamford Bridge.

Reports had suggested Arsenal were leading the way for the England international with the player himself open to a move.

That was largely dependent on Alexandre Lacazette leaving and that delay could open the door for Villa.

The Telegraph claim Villa want Abraham and Manchester United’s Axel Tuanzebe and could move forward with those swoops following the arrival of Leon Bailey.

Kane on ‘collision course’ with Spurs

Gary Neville has said Kane must be “seriously annoyed” with Tottenham to skip pre-season training in order to push through a move to Manchester City.

Kane was set to report at the start of this week, having been given an extended break following England’s exploits at Euro 2020.

Man City have reportedly made a bid of £100m to sign the 28-year-old and Kane has added fuel to the fire though his absences.

Sky Sports pundit Neville suggests “something has happened badly” for him to have made such a huge decision.

“He does everything right, so he must be seriously annoyed. Something has happened badly that has made him do that.

“It still doesn’t excuse it for me. He should still have come into training, and you respect your team-mates.

“You still have to go and stand with them and sit in the dressing-room, but it’s clear now that there’s a collision course.”