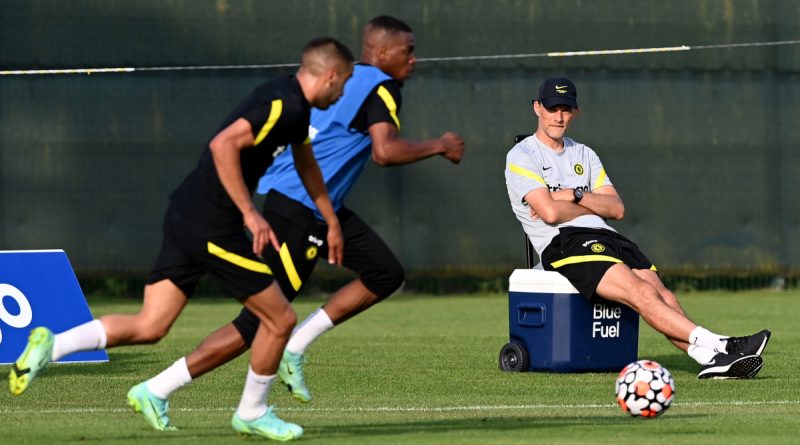 CHELSEA players are returning home early from a training camp in Dublin due to a possible case of coronavirus.

A friendly against League of Ireland outfit Drogheda was cancelled on Thursday evening following the test result.

And the club have confirmed that Thomas Tuchel and his squad are back in the capital to continue their preparations for the new season.

A spokesperson said: “With the cancellation of last night’s friendly game, the team’s training camp has moved back to the club’s training ground early to continue preparations for the game against Bournemouth.”

Chelsea travelled across the Irish Sea on Tuesday for a pre-season camp which was due to culminate in the behind-closed-doors friendly.

One entertaining clip from the club’s workouts saw the squad, currently depleted of its Euro 2020 stars, engaged in a highly competitive challenge that led to one set of players being made to sing a Backstreet Boys tune.

But their plans were thrown into chaos when a member of the travelling party returned a positive test result.

The unnamed individual will remain in Ireland while self-isolating.

According to Evening Standard, no fans or hotel staff are thought to have broken social distancing protocols during the team’s stay in Dublin.

After beating Peterborough 6-1 at their Cobham training base last weekend, the Blues must wait until Tuesday to face Bournemouth at Vitality Stadium.

Tuchel organised an intra-squad friendly in lieu of the Drogheda game, which ended 1-1 after goals from Armando Broja and Callum Hudson-Odoi.

Further matches are planned against Arsenal and Tottenham before the Uefa Super Cup final against Villarreal on August 11.

The Gunners have also suffered from pre-season mayhem after withdrawing from the Florida Cup.

A coronavirus outbreak in the Arsenal squad meant unwanted disruption to their plans for the new campaign – and a call for refunds from fans.

Manchester City’s game with Troyes, a clash between Rangers and Blackpool, Reading’s match at Aberdeen, and Sheffield Wednesday versus Wrexham are just some of the friendlies also lost due to Covid-19 issues.