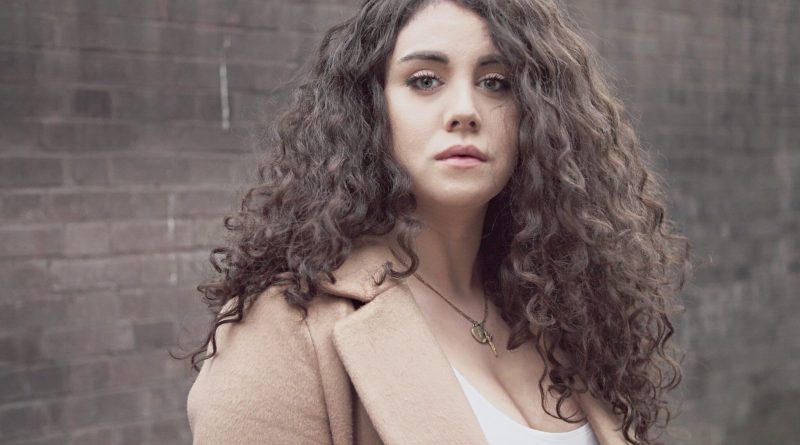 Author, activist and presenter Charlie Craggs on her landmark documentary, Transitioning Teens, and being trans in the UK.

In arguably the most heart-wrenching moment of BBC documentary Transitioning Teens, presenter Charlie Craggs watches on helplessly as the mother of a young trans man bursts into tears.

Like plenty of trans teenagers across the UK, Alex has spent his entire adolescence in a state of limbo. After shelling out thousands of pounds to pay for private healthcare, his mum Kerry finally accompanies him to an NHS gender clinic appointment, which comes after a 30 month wait. Because Alex sought out testosterone privately, he’s told he must either stop taking hormones and replace them with puberty blockers, or wait another 18 months for a referral to adult services.

In the documentary, an emotional Kerry relays this news to a clearly heartbroken Craggs. “That moment was actually a lot harder than it even looked on camera,” Craggs says, emotional at even the memory. “We only filmed during COVID breaks, but because of pandemic restrictions I couldn’t hug this woman or put my arm around her as she cried. I just wanted to give her the biggest hug, because she reminded me so much of my own mum in that moment.”

Professionally, shooting the biggest project of her career during a pandemic took a toll on Craggs, but it was nothing compared to the emotional labour required on a personal level. “I cried after I left the house that day,” she tells me. “This isn’t just a documentary to me, it’s my life. This is what I’ve been through, and it’s what almost every trans person in the UK either has been through or will go through. It really did hurt to have these conversations.”

Her fans know all about this; as well as hilarious ads and witty rants, Craggs uses her Instagram to speak openly about grieving the death of her best friend – Khadija Saye, a victim of the grossly unjust Grenfell fire – as well as the mental health repercussions of being a trans person in the UK with a public profile.

Weeks before the documentary launched, Craggs urged her followers to look out for the wave of transphobia that would inevitably come. In fact, the most extreme backlash came before the documentary was even released. “The BBC actually messaged me to say they’d had hundreds of letters calling for the documentary to be cancelled,” she says, disbelief in her voice. Before long, she cracks a joke: “Who has time to write a physical letter? These white, middle-class people have so few problems; they’re so free from persecution they actually have time to write a letter. Can you imagine?”

The witch hunt failed, and Transitioning Teens comfortably entered the BBC’s top 10 during its first week of release. Deliberately accessible and unbiased, the documentary walks viewers through inflammatory media coverage of puberty blockers, the weaponisation of rare detransitioners and the endless hoops required to actually access life-saving healthcare as a young trans person in the UK.

“In reality, it’s almost like there really isn’t a youth service,” says Craggs. “It’s such a catch 22, because you could seek help at 14 and end up on a waiting list until you’re 18, by which time you get re-referred to the adult service. So the question there is: how young do you actually have to be to get an appointment with a youth service? The NHS says it’s there, but I know very few people who have found success through that route.”

Charlie Craggs had to re-film part of BBC documentary

Campaigns to restrict youth access are so commonplace that Charlie Craggs even had to re-shoot the documentary’s ending, due to updates in the landmark Bell vs Tavistock case. In late 2020, the High Court ruled trans people under 16 couldn’t consent to puberty blockers; in September this year, the Court of Appeal overturned this ruling.

It’s a case which proves a depressing fact: when trans people in the UK “win” cases, they’re often winning back rights which were previously held and then stripped from them.

Despite minor progress, there’s still intense gatekeeping of trans healthcare for young people. “You need an adult to go with you, and most trans teenagers won’t be in that position,” continues Craggs, alluding to statistics showing young LGBT+ people are more likely to be abandoned by families, and therefore more vulnerable to homelessness. “You have to be extremely lucky to have supportive parents, and also extremely serious about your transition,” she explains. “Parents don’t do this on a whim; it’s not like they go to gender clinics and say: ‘My child once said they want to be a girl.’ It takes years of conversations and years of parents worrying about their child to take them to a GP.”

Not that you’d know this from tabloid headlines. “There’s one that sticks in my mind: ‘Astonishing 50 kids a week being sent to sex change clinics.’ It came with a picture of a toddler with their head in their hands,” Craggs recalls. “How is that legally allowed? How are publications allowed to imply kids under 18 are having surgery?”

In reality, no gender-affirming surgeries are performed on minors; at most, they’ll be granted access to puberty blockers or hormones, but again, it’s a rarity on the NHS. Families can go private, but this requires a level of wealth that many simply don’t have. When we talk about young people “transitioning,” it’s generally to describe social transition: haircuts, change of clothing, requested name changes.

“It’s such a double standard too,” Craggs continues. “There are 13-year-old girls on the pill – the pill! It’s so much more dangerous than puberty blockers.” Research confirms that the effects of blockers are physically reversible, yet they’re still shrouded in fear-mongering language.

The real reason most people detransition is because of transphobia.

To prove these points, Charlie Craggs met a young girl who transitioned and then changed her mind. These cases are rare, but important to acknowledge, so Craggs sat down for a chat which surprised her. “It turns out we were both on the same page,” she says. “I learned that the real reason most people detransition is because they simply can’t handle being trans. They detransition because of transphobia.”

Speaking of which, the BBC recently came under heavy fire for stating trans women are pressuring cis lesbians into sex – and uncritically platforming a cis lesbian who subsequently called for trans women to be “lynched”. The BBC later removed her contributions.

A week later, the institution pulled out of Stonewall’s Diversity Champions scheme citing a risk of “perceived bias” on issues Stonewall campaigns on – understood by many to mean trans rights.

It’s this turn of events that fired up Craggs enough to speak out, and to talk about how little the BBC paid her for the most labour-intensive project of her career.

“I have a lot of anger towards the BBC right now because it feels like a slap in the face,” she explains. “To be real, I wasn’t paid enough for all that emotional labour – run me my f**king cheque! From a moral standpoint it’s hard too, because we’re in such murky waters when it comes to organisations openly supporting trans rights. These institutions just don’t have any backbone.”

Again, it’s a lose-lose situation. Talented presenters like Craggs can speak from a position of expertise on trans rights, yet to work for a company which openly fails to support your community is devastating. “We get people with zero expertise talking about trans people all the time,” she says of the treatment of trans rights as a hot-button issue. “The one that stood out to me was Jacqueline Wilson saying young trans people shouldn’t be thinking about “having their bits lopped off.” Miss Tracy F**king Beaker! People who are totally uneducated on trans issues are just giving a platform. I’ve got one thing to say to her: Bog Off!”

To say that Craggs has a fire in her belly would be an understatement. Playfully, she’s told her followers she’s finally ready to “spill tea and name names” – in other words, she’s done being silent on transphobia, no matter the repercussions.

“I’ve really been trying to find ways to survive recently,” she says candidly. “I keep reminding myself that although media transphobia is so loud and it seems like the whole world hates us, that’s not the case. It’s a minority, but the media keeps fanning the flames to make it seem like a bigger minority than it is.”

Now, she’s summoning the strength to keep fighting. “This is my one turn on the rollercoaster of life,” she concludes with a smile. “I’m determined to scream even louder and have an even better time just to spite the people trying to ruin it for us. That’s what I’m learning: if you’re struggling to deal with transphobia, don’t just keep fighting for yourself, do it to p**s off the people who hate you!”

Transitioning Teens is available on the BBC iPlayer.