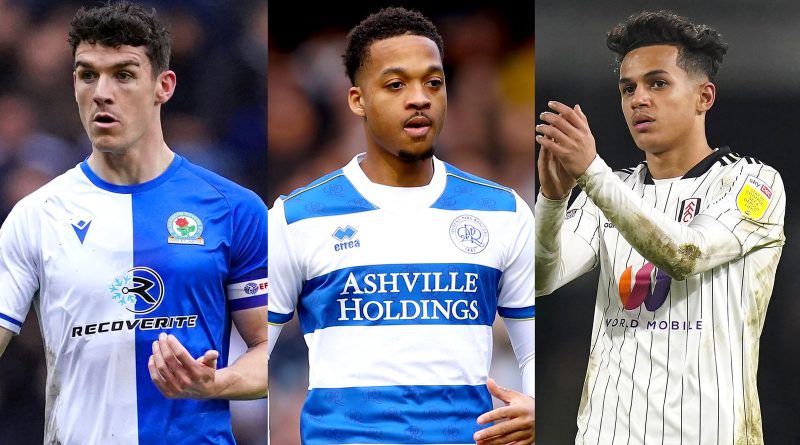 
Fulham are the dominant side in the WhoScored.com Championship Team of the Month with no fewer than five players from Marco Silva’s side making the cut. QPR, Hull, Blackburn, Huddersfield and Bristol City are also represented in the January best XI.

Hull ended January strongly, picking up successive wins over Blackburn, Bournemouth and Swansea. Baxter was key for Hull last month as no goalkeeper made more saves (23) than the 23-year-old, while only Thomas Kaminski (four) kept more clean sheets than the youngster (three).

QPR were excellent in January, claiming 13 points from their five games, with centre-back Dunne the first of two R’s representatives. Only Blackpool (one) conceded fewer goals than the west London side (two) last month, with Dunne key to their defensive resolve. He ranked among the top 10 players for clearances (27), while he also scored a goal.

Lenihan makes the WhoScored.com team of the month for the second month running having shone for Blackburn in January. Lenihan’s return of 28 clearances was the fifth best in the division, while only Kyle Bartley (37), Marc Roberts and team-mate Scott Wharton (both 31) won more aerial duels than the Rovers star (28) of defenders.

Fulham are the dominant side in the Championship Team of the Month with Tosin Adarabioyo the first of five players from Silva’s side to make the cut. The Cottagers centre-back scored his second goal and provided his first assist of the campaign in January and was at his ball-playing best, making 309 accurate passes – only Matt Grimes (432) made more.

The defence will not get much protection with this midfield, with Wilson kicking off an attacking quartet. Wilson had a direct hand in five league goals in January, four of which – two goals and two assists – came in their resounding 7-0 win at Reading. Three assists in total came from 14 key passes – only John Swift (15) made more.

Carvalho has been attracting plenty of attention and it is easy to see why. The 19-year-old had a direct hand in a goal in all but one of his five league outings in January, scoring three and assisting three from respective returns of 12 shots and 11 key passes.

Willock also had a direct hand in six league goals in January. Five assists was at least two more than any other Championship player in January. Only Ryan Woods (five) created more clear-cut goalscoring chances than Willock (four) last month, while the QPR star completed more dribbles (22) than any other player.

Rounding off the extremely offensive-minded midfield is Fulham’s Kebano. The 29-year-old doubled his 2021/22 goal tally in January, netting four times across his five league outings as he played a key role in the Whites’ title push.

Mitrovic is the WhoScored.com Championship Player of the Month. Mitrovic scored more goals (six) and managed more shots (21) than any other player in England’s second tier in January, while an additional two assists came from four key passes with the Fulham hitman a worthy winner of the award.

Ward’s stand-out display in January came in a man-of-the-match performance in a 4-3 win over Reading as the Huddersfield hitman rattled in a hat-trick against the Royals. The 30-year-old was a tad unfortunate not to add an assist having made four key passes as he features on the frontline with an average WhoScored.com rating of 7.78.

Of the 10 league goals Semenyo has directly contributed to in the Championship this season, six came in January. The Bristol City striker scored three times and provided three assists, with Millwall the only team to deny the 22-year-old.