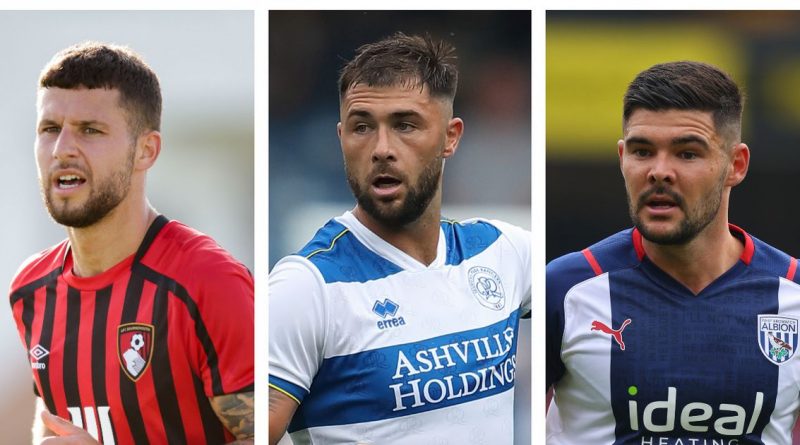 But with a fresh campaign just around the corner, it is perhaps a surprise at how little transfer business some clubs have done.

Whilst some have been busy revamping their squads, others have yet to get started. Four clubs in the division have yet to make a single signing: Derby County, Blackburn Rovers, Sheffield United and Reading.

Nevertheless, of the deals that have been done, we wanted to know who fans think has been the best signing so far.

We offered a list of six candidates and allowed fans to make their own suggestion too.

The half-dozen deals we suggested were: Rob Atkinson from Oxford to Bristol City; Emiliano Marcondes from Brentford to Bournemouth; Carlos Mendes Gomes from Morecambe to Luton; Charlie Austin from West Brom to QPR; Mario Vrancic from Norwich to Stoke; Alex Mowatt from Barnsley to West Brom.

And there was an overwhelming winner, with Mowatt sealing 42 per cent of the vote.

The 26-year-old captained Barnsley to an unlikely play-off spot in 2020-21, scoring eight and assisting seven times.

The fact that Albion were able to sign him up for free – his contract expired at Oakwell – was perhaps the deciding factor in him hoovering up so many votes.

Barnsley revealed that they had made an offer to Mowatt that would have made him their highest-paid player ever – but Mowatt instead opted to reject it and follow his old boss Valerien Ismael to the Hawthorns.

After signing, Mowatt said: “This is a massive club and I really can’t wait to get started.

“I wanted to get the deal done as quickly as possible once I first heard about Albion’s interest. I came for my medical and had a look around and I really liked the place, so it’s a great start.

“I played under the gaffer at Barnsley last season so that helps in terms of settling in.”

In second was Austin’s move to QPR, which garnered 19 per cent of the votes. Vrancic’s free transfer switch to Stoke (14 per cent) was third.

Mowatt will be hoping to get off to a fast start with his new club when they play in that curtain-raiser. Albion travel to Bournemouth on Friday, August 6.